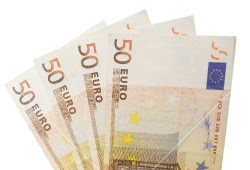 It has surprised me lately how well the Canarians work with us.
As you know there's a saying that they normally are moving on very slowly
just thinking 'mañana, mañana...'.
My experience is the opposite!

The ones we work with are always on time, -so far. Even the shops that have delivered mattresses, laundry machines etc. It's only a couple of apartment owners who have messed around with us, but they will not get much help finding tenants next year.
Normally when Brito call somebody about something they start working on the problem directly.
They quickly make decisions and full fill them.
My experience is they are faster than many other nationalities here on Tenerife.
But, it may be said that Brito also have told them 'the rules' directly in the beginning.
They all know they have to be on time. If they, without reason, are more than 10 minutes late they fall out and have to wait til an other day to get a new appointment.

I've lately tried to get in contact about some business with a couple of people from
XXXXXXX (i will not tell you the nationality).
They haven't been answering me even when they know I like to buy something they have for sell.
They haven't answered the calls, not responded to my sms message. Nothing!
People who act like this will never get a big business. A person who can't take responsibility for small things in the beginning will for sure never be able to take care of bigger things later on.

Let's say they have changed their mind or sold the stuff to an other person..?
No problem! But if they are people or a business worth of respect
they would anyhow tell me as it is.
Just disappearing is very childish and I wonder; - isn't it many times
uneducated people who act like this?
I will anyhow not spend any more time on them!
They are not professional enough to be in my interest of doing any business with them.

Brito thinks the same. We decided today to skip them. We must move on to get things done and if we let people like this be like anchors that hold us back we better cut the line.
If you like to co-work with us, and get a piece of the cake, you must get on a higher level!

There was a man some time ago who made an appointment with us 12 o'clock in the noon.
He liked us to help him finding tenants for his apartment.
We went over there on time.
10 minutes after 12 he called, without telling us any excuse or reason, and said he will be late
and promised to be there within 5 minutes.
We waited for 10 more minutes and then we decided to leave to not cause
other people having to wait for us.
The man called us after additional 10 minutes (i.e. all together 30 minutes too late!).
Brito told him we couldn't wait for him any longer.

We decided to move this man down to the last number on our "priority list". He's still there!
We haven't yet been visiting his apartment when we think he probably will mess up our schedules by not being on time if we start co-working with him.
Imagine if he would refuse to bring us the keys the day before and we get them in the last minute...and when we open the door we discover no cleaning has been done...and the guest is on the way in from the airport...Oh Dear what a mess that would be!!!

The people we like to work with must be, in case of possibility, available for us.
They must be willing to work with quality, keep their promises etc.
If they don't they will soon fall out.

Maybe I sound like I think I'm very important?
No, I don't think I'm more important than anybody else. Neither Brito!
The problem is only we can't spend our days waiting for people who never show up.
It would drive us crazy! That's why we have decided to work like this.
And believe me or not; IT WORKS!

Nice writing skills. The blog is very well arranged, with nice colors and the font is also very good. Thank you for sharing. Please visit my blog and do follow it.