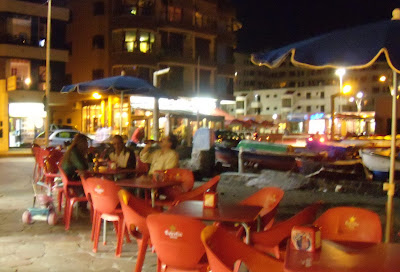 Brito had invited me to go with him to a cheese venue at a cheese farm in
San Isidro but we canceled it.
We will go there an other day instead, and the owner will show us how they
make the Canarian cheese.
Instead we went for a dinner to El Medano which is a small town not far from
the airport here on the south of Tenerife. 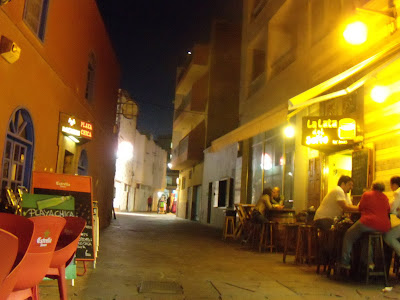 There are some cozy narrow streets. 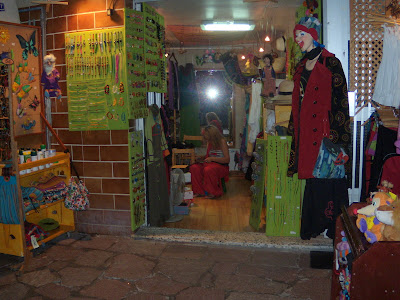 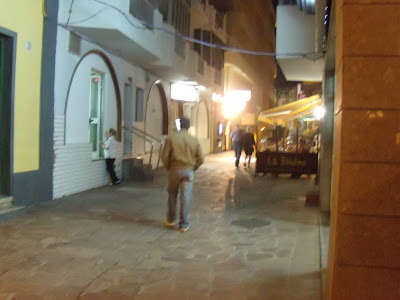 Brito walking one of the streets. 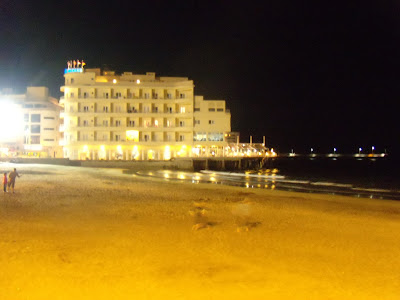 Hotel El Medano *** with the golden sand beach.
Famous because it ones was told to be teared down
(it's too close to the ocean when a big part of it is in the sea) but
got a reprieve. It's still going strong... 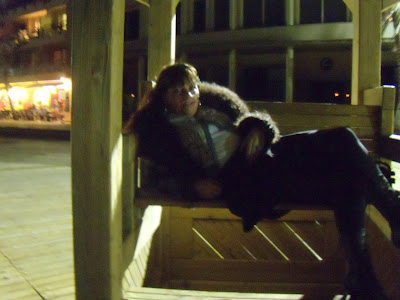 Me in the tower sofa close to the beach. 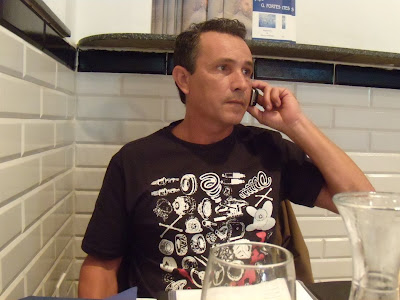 At the restaurant.
Brito never get time off. The phone is ringing all the time.
A friend called him and told him he must be at a 'reunion-meeting' tomorrow morning.
I think I've never had a meal with Brito so far without him talking in the phone.
The normal is 1-3 calls per meal!!! 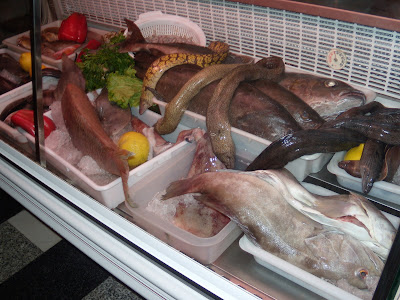 We decided to go shellfish even when
the restaurant had a great range of different fishes from the sea.
Oh, when I see all these monsters I know I for sure will not swim in the ocean anymore.
It's already many years since I had my last dip. 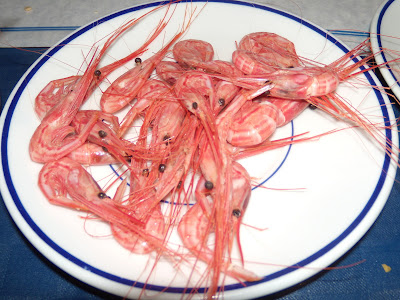 First we had 'Camarones'.
I have many times seen people eating them at a restaurant here in
Los Cristianos, but tonight I had them for the first time in my life.
Good? Yes! Delicious! 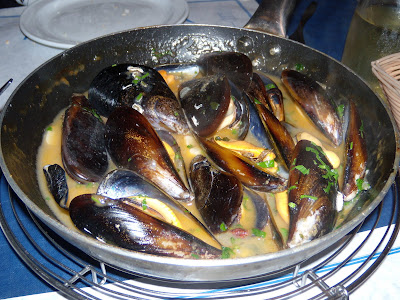 Then we had 'Mejillones'.
Oh, they were so lovely! 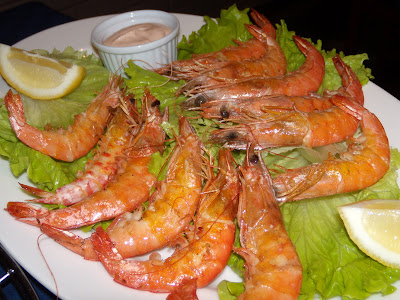 On the last plate it was a lot of 'langostinos'.
I really enjoyed the meal!

Finally I will show you a short video clip of an old couple who were entertaining at the street.
The music came from a player under the table cloth that is in between them.
It was very dark where they were sitting and I think the whole video clip looks
like it's from an old movie. It's for sure not a la 2011 and I'm a little bit
surprised over the final result.
It's quite mystical and so is the music.

Hi Susanne . I love it now you have started to Blog again . Keep it up . XX