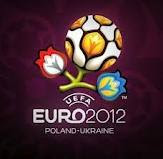 The UEFA Euro, European Football Championship, kicks off on Friday the 8th of June and will be going on almost every night til the 1st of July.
I don't know yet how this will affect my show schedule at La Karina but I will inform you as soon as I know.
The matches start 19:45 in the nights and stop about 21:45 and there's probably no idea to sing while it's on when the most of the people who are tourists here in the summer time are watching the games.
I'll talk with the owner of the restaurant and see what he thinks and then I 'll let you know...


I will more or less work like normal.
There are 5 nights when I probably will start singing a little bit later i.e. the nights when England, Spain, Germany and Holland play, but the other nights will probably be normal.