Many times people ask me how many boots I have.
This is very private thing but today when I arranged them by colors
I got the idea of taking a photo of every group. Why keep it a secret?
It´s normal that artists have a lot of outfits and boots. Don´t you think so?

Now somebody might think I don´t tell you the truth when so many are missing, but I have thrown away about 12 pair the last months when they took too much space.

A few persons have asked if they can get the ones I throw away but I tell the same to everybody.
I don´t like anybody to walk around in my boots!
I put them in a sack and then Brito take it out late in the evening and put it in the trash bin to be sure nobody will find it before the trash company comes and get it.
Imagine if people would start showing up at Lewinskis telling they wear my old boots! I would die!

Yes, I know! The color system did not come out well when I found more boots after hand, in colors that I already had been taken photo of,...Anyhow...At the moment this is my "boot arsenal".

Like you see the most of them have got low heels.
I mostly buy with low heels nowadays when it´s too dangerous to dance in high heels in the nights. 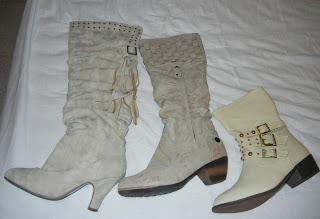 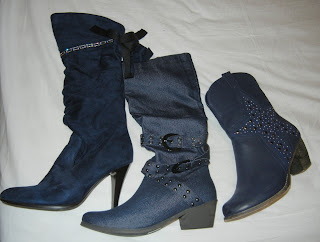 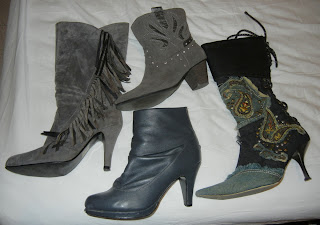 The grey ones + more blue ones. 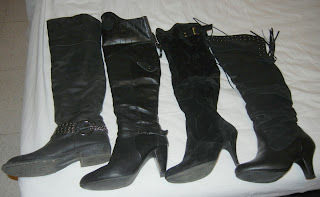 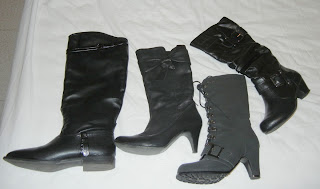 The black ones + one grey. 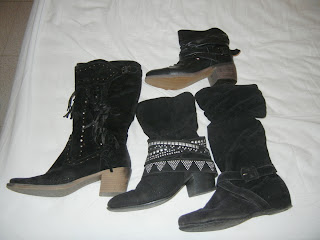 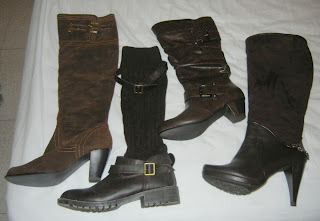 Brown ones of which one is a knee boot. 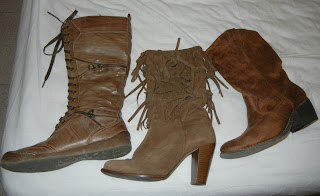 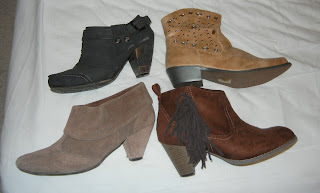 Somebody might think that I only use boots, but that´s not the case!
Sometimes I also use normal shoes and I have lately bought these three pair. 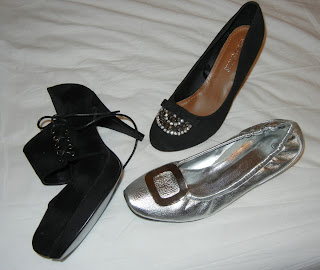