I haven't been home much lately but tonight I decided to not go anywhere but stay home on the computer.
I'll later watch a few series on tv3.se/play and tv4.se/play. 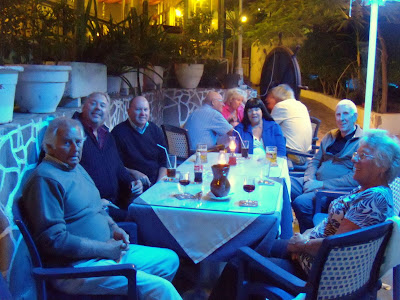 Our friend Paul, from England, visited us in the afternoon and we sat chatting out on the balcony.
In the night we went to restaurant Tarahales in Los Cristianos to see Paul again + Maives and Jack and an other English couple.
We had so fun and were even doing some line dancing.


Friday
Clas, Katharina (Kattis) and I went to Ikea, Alcampo for shopping.
I didn't buy much but when we went home the car was so packed that we barely could get into it. 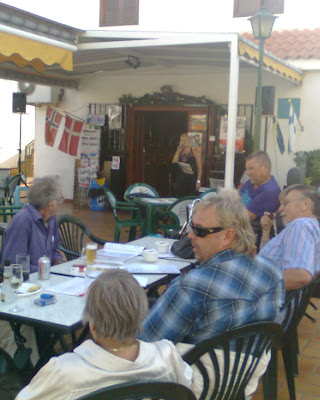 I was out shopping in Los Cristianos and in the afternoon I went over to Scandibar.
Carina and Lasse were leading the community singing there. 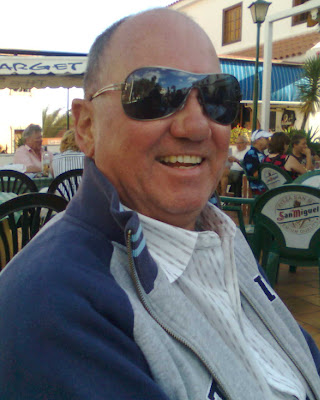 Paul also showed up at the 'singsong along venue'.
To Patricia in England; Greetings from Paul!