We'll have a couple of nights off 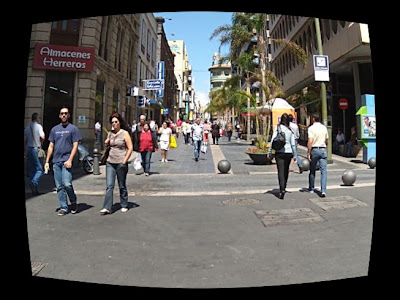 This is where you'll find me tomorrow.

It was our last night in Los Cristianos tonight (Thursday)and we are back on stage at La Karina Tuesday next week.
We had a full terrace and many line dancers and it was very fun to play.

Like you see here on the blog I have been taking away all the video clips from Lewinski when they could miss lead people to believe that we still are in Los Cristianos.
If you like to book a hotel close to where we play this season I recommend Elite Sol Tenerife , Las Palmeras or Troya hotel in Las Americas.

We came home a while ago. The back is aching and I feel very tired.
We took down all our equipments after the gig and the sound system is going to be moved to La Karina tomorrow.

Tomorrow morning I will go shopping to Sta Cruz. I really look forward to it.
We are going to have a small vacation for a couple of days.
Probably the only "vacation" we will get until next April, and I have decided to just spend the days doing what I want.
No appointments! No must dos!
Now it's NO to everybody and everything!!!

We will play 5 nights a week at La Karina, Monday and Friday off, but I think it will be the same as when we work 6 nights a week.
We get to know more and more people who come to the island every year and we are for sure going to spend many of our nights off being with some of them.

Last winter we spend many weeks by being seven nights out in restaurants.
We were working six nights and the night we were off we had appointments with people who visited the island or people who stayed here during the wintertime.
It was seldom we just could spend a night being home, thinking of ourselves.

This is the life when you work as an artist on Tenerife.
I don't like to complain but you don't get much life in private.
You have to learn to say no! If you don't you'll end up crazy!
It seams to be our part to take part in others vacations on Tenerife.
We have to have a good excuse to be allowed to say no and every year in the springtime we feel so tired and whacked after all, that we start thinking that we for sure will get a black out.
Then we pack the suitcases and leave for El Hierro.

El Hierro is the small island south of La Gomera. (our neighbor island)
There is almost no tourists and we stay in a little village, popular among the divers, called La Restinga.
There are always a few divers but they stay under the water in the daytime and we can be alone on the beach if we want.

To be honest with you it's quite tough some times to have to socialise. Specially when you feel tired. Then you start longing for being able to just curl up in the bed and read a book or something.
So many people like to spend time with us and for sure we don't get time to be with everybody we know who come to the island. It's impossible when we work as much as we do.
Many of you only get to see us at the work.

Many also like us to meet them in the daytime at some bar and talk over a beer.
We can't do that. Specially not the days when we work!
If we start doing that we will for sure not have any power to entertain in the nights + we have to save our voices too.
It takes a lot of energy to socialise and I have figured out that it's us talking the most of the time. Everybody like to hear how it is to live, work and be here on Tenerife and we answer the same questions sometimes many times a week.

But now it's enough talking or complaining. I am too tired now!
I have to go to bed to be fit for the shopping tour tomorrow.
Oh, it will feel so good to just be able to leave Los Cristianos and head for Sta Cruz! I tell you!
Good Night! 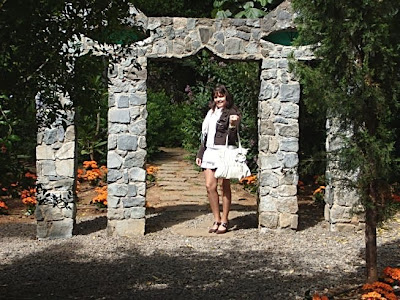 Why are you leaving Lewinski's?