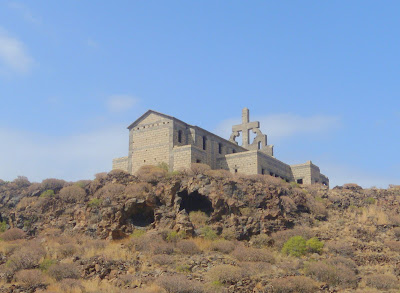 It's many years since I first heard the myth about the area in Abades.
The construction of the buildings started, during the time of Franco, in 1942. It was meant to be a sanatorium area for people who suffered from leprosy but it never got ready.
The area included among other buildings a lot of apartments, a hospital, a crematorium and a church.
My experience is like it could have been a concentration camp, like the ones where the Jews were killed. But that's only my thought! There's no information saying it would have been made to become a concentration camp!

The story is that there was a house of an old woman, in the area, where supernatural things were taking place. The things in her house were moving around like there was a tornado inside the house and some representatives from the catholic church were contacted to bring back the peace into her house.
It's said they went there with a big cross telling the spirits or demons to leave, but when it didn't help the area was evacuated and set under control of the military and nobody could go there for years.
The area is now open for everybody after the government has sold it to an Italian (2002), but they don't give him the permissions he needs to restart the construction work. 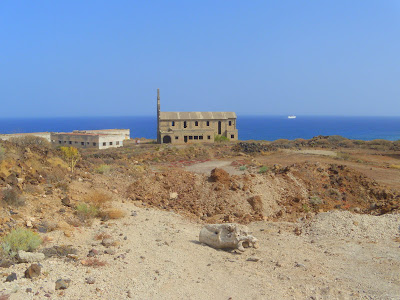 It was difficult to get there. The roads are still closed.
There are piles of sand and stones in the middle of the road.
Brito had to ask some locals how we could get close to the church by car. 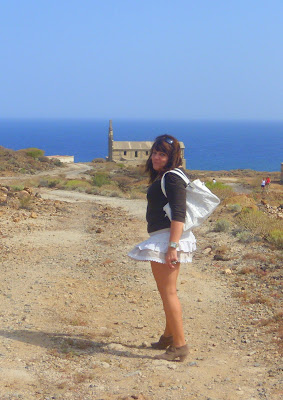 We had to walk in the end, to get there.
It was very windy and I had trouble keeping my skirt in place when it
tended to go into a parasol all the time. 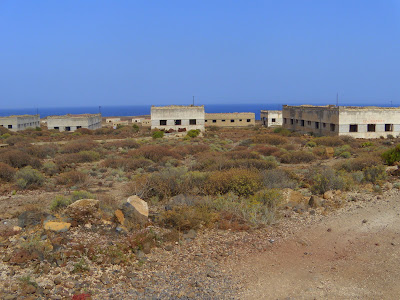 There are many buildings. 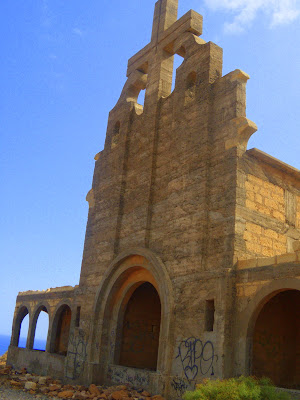 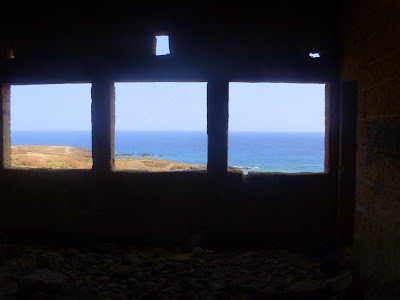 The view from the inside of the church. 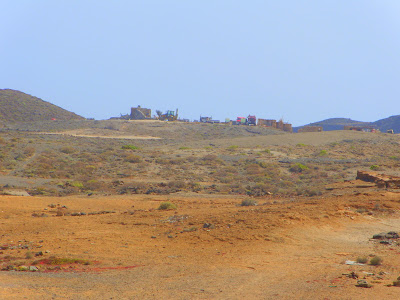 An American film team is now working in the area.
They are making a movie called 'Clash of the Titans 2'. 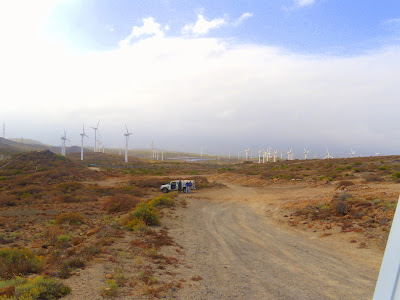 The area is down at the ocean of these wind power mills, which you can see
when you drive along the motorway.


WARNING! PLEASE DON'T WATCH THIS VIDEO CLIP IF
YOU HAVE A WEAK HEART!
IT'S VERY SCARY!!!
I DON'T LIKE ANYBODY TO GET AN HEART ATTACK!!!
I'm just publishing it to give my blogg readers an experience.
Sorry!!! If I made you loose your breath. :-)

To be honest with you we both felt it quite nastily inside the church.
It was like a presence of something and I many times got goosebumps.
I will not go there again!

That was so interesting Thank you for putting it on your Blog.