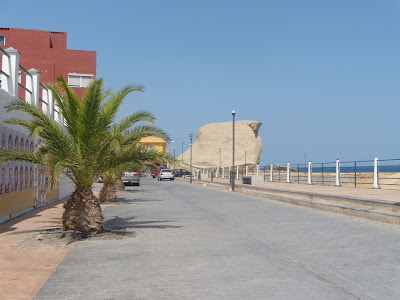 This village has got some real big stone formations.

Oh what an adventure we had yesterday when it was my day off.
We were going for a lunch down to Las Galletas, but when we got to the motorway Brito started talking about a small fisher men village that is called Tajao. It's located about 30 km from Los Cristianos, down at the ocean, when you go north.
We changed our minds and headed for a fish restaurant called 'Manolo II' in Tajao.
Brito had been there a couple of times before.


During the drive we started talking about the 'ghost town' that is also located in the same area, in Abades, and we decided to pay a visit there after the meal.
It's a town that has been closed for about 50 years, protected by the military, after some supernatural spiritual events had been taking place.
It's said that all the stuff in one of the houses one day started moving around and that representatives from the Catholic church were going there with a cross to scream the demons or spirits away, but it didn't help, and then the people were evacuated and the whole area was closed and watched by the army.
If this is true or superstition I don't know.

The area with all the buildings were at the time given to the army but some years ago they opened the area again and the government went back in charge.
Then they sold it to an Italian, but he can't get the permissions he needs to start putting the area in order and because of that it's still exactly like it was.
I will tell you more about our 'ghost town excursion' in the next post.
I've got some photos + a video clip that probably will scream the sense out of you. 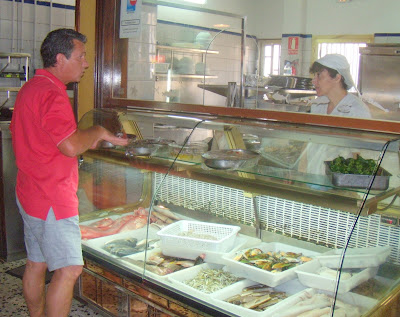 Brito is telling the chef what she's going to cook for us.

When you first get into the restaurant you order the meal at the fish counter.
The menu is depending on the daily fish catch and you tell them yourself how you like it made. 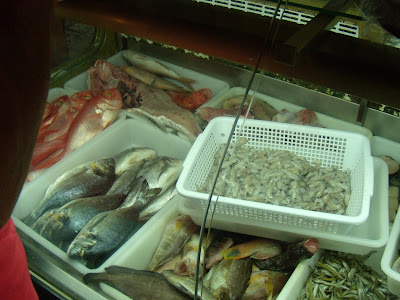 The catch of the day. 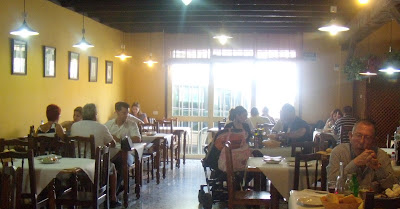 Inside the restaurant.
I never end being surprised about the amount of guests in all
these 'hide away restaurants' that we visit. They are often
crowded, but it's of course almost only Canarian guests when
the tourists don't know where to go. 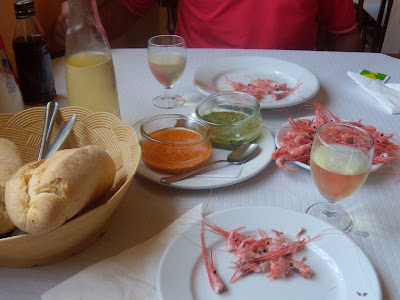 Like in many other restaurants we first got bread, mojo sauces and wine. 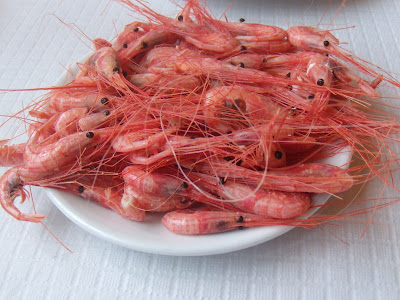 The first plate was filled with 'Camarones'. 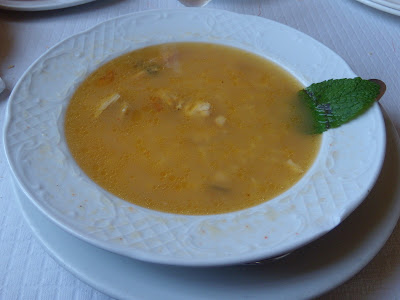 Then we had the fish soup of the day. 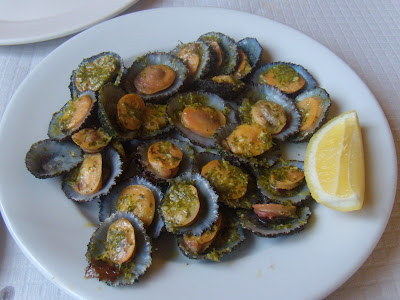 We had *lapas' again. Oh these were really lovely! 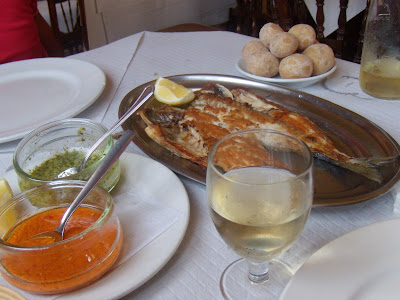 As the main plate we had grilled Dorada con papas arrugadas. 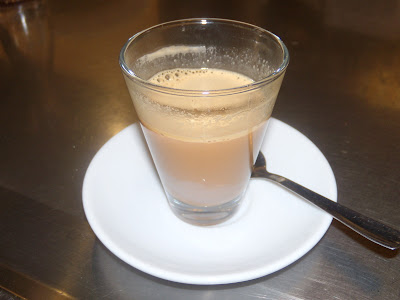 Yes, I know I should get into a diet! I've never been so fat before!!!
But at the moment I like to go to all these different places, it's an experience!
Later in the night when we got back to Los Cristianos we went out for one more meal.
We had a fillet steak, but I think you could start feeling ill if you watch everything we eat.
It's a lot of gluttony!!!! 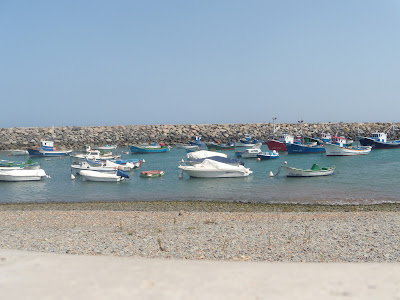 After the meal we had a walk down to the sea.