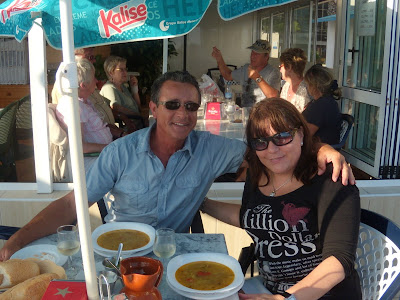 Today in the afternoon, after we finished the meeting with the
Canarian man who's apartments I now will act as intermediary for, we
decided to have a trip down to Las Galletas, for a fish meal.
It's not much going on in my life right now and I'm, because of that, going through some kind
of blogging drought. But a couple of nights ago a guest at Lewinskis told me he likes to watch my blog and look what we are eating in the restaurants so I've decided to publish some photos from the dinner we had today in the afternoon.
I also took a video clip while Brito picked over the fish for us and prepared it in the
Canarian way with a sauce of olive oil (the one that is 0,4%) and
white wine vinegar, flavored with hot green pepper. 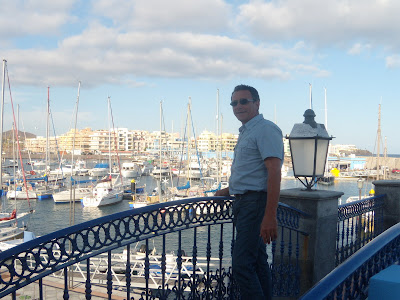 First we had a stroll in the harbor.
I love this place! 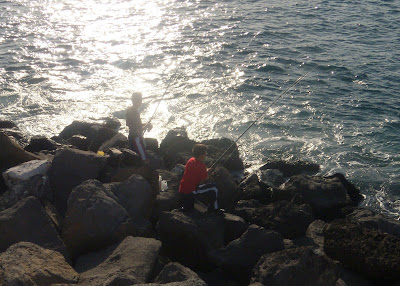 There were a couple of guys fishing out on the pier. 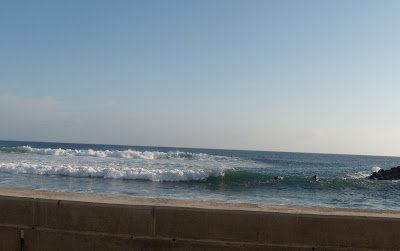 The view at the restaurant.
We had the meal out on the terrace, close to the ocean, watching the big waves rolling in.
The weather was just perfect. 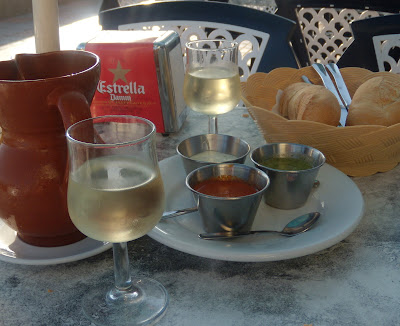 First they served us a carafe of white wine, bread and Canarian mojo sauces. 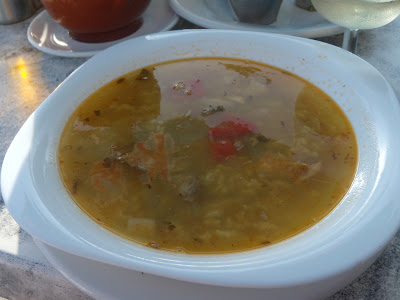 As a starter we had 'Sopa De Pescado' (a fish soup).
It tasted good!!! 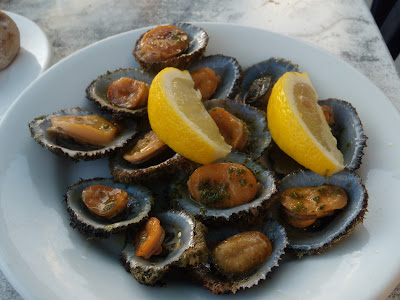 'Lapas'. I've never had them before and Brito thought I must try them and ordered some.
They were nice, but you don't eat many of them at one time.
A plate like this is perfect for two persons. 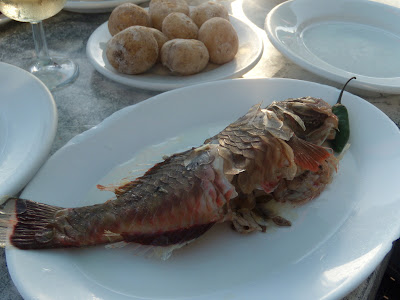 'Vieja Asado' this is the most traditional fish here on Tenerife and I've never had it before.
The meat is tender with a mild taste. I like it and will for sure have it again.

Please, click on the small arrow if you like to watch how Brito, with
big accuracy, is picking the fish bones for us.

Lovely photos. Thank you. Well impressed with the fish demo. Nice work Brito !! The weather looks really warm. We had heavy rain, thunderstorm and Hail stones yesterday. What is up with the weather these days?