It's Snow on Teide 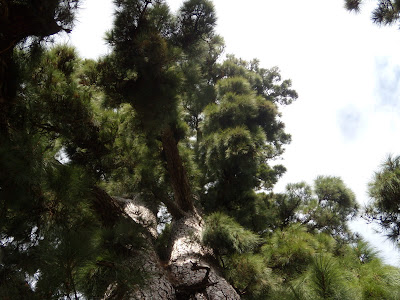 The first stop was in Vilaflor where the big Pine tree is.
It's about 46 m high.

Teide got snow some days ago and yesterday when it was my day off Brito also
arranged a day off and we went up to there to watch it all.
We both thought it would be more snow than it was, but we got a walk in the snow on the north side of the mountain and that was nice.
I haven't seen snow for three years! It don't stay for a long time and because of this I've missed it out the last years. 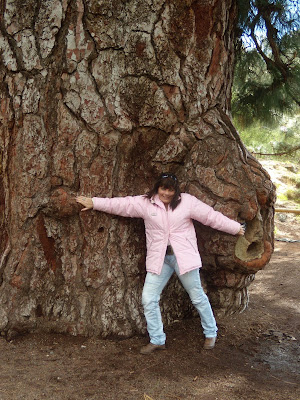 Me at the tree. 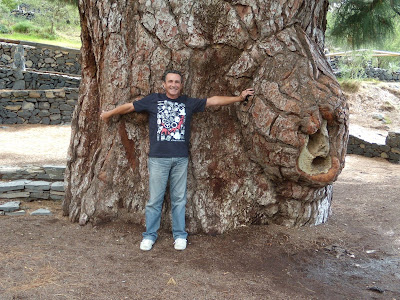 Brito at the tree. 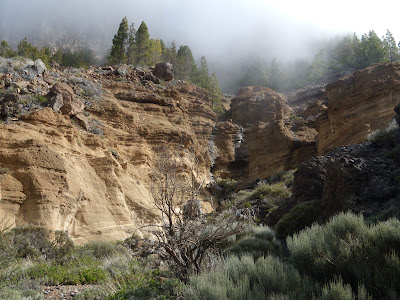 Some beautiful rocks on the way up to Teide. 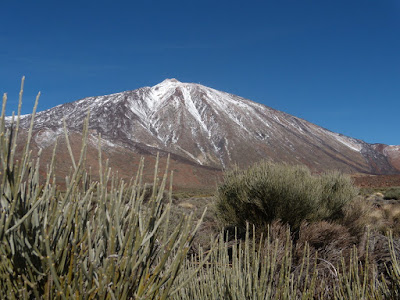 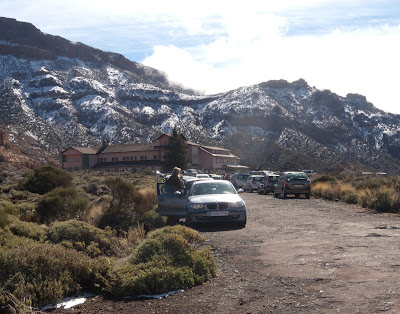 The Parque national hotel.
We have plans to go here and sleep some night and watch the stars.
They say it's a nice experience. 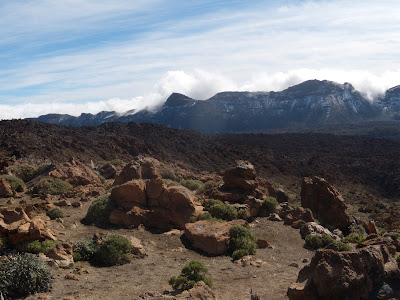 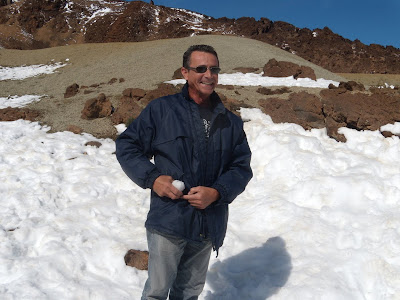 Brito made a snowball as a souvenir from the day and put it in the pocket. 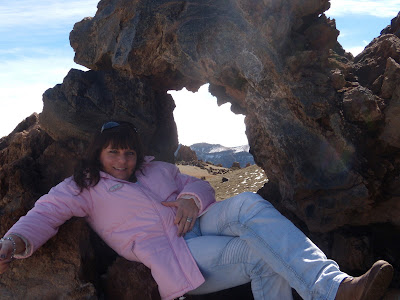 Me posing at a rocket with a peek hole. 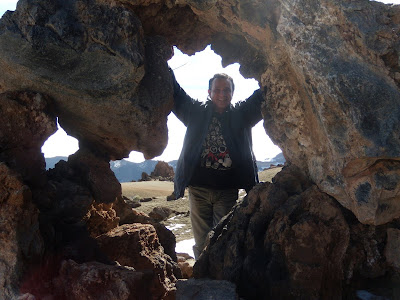 Brito in the same hole. 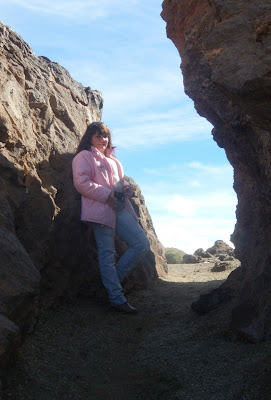 Me posing at an other rocket. 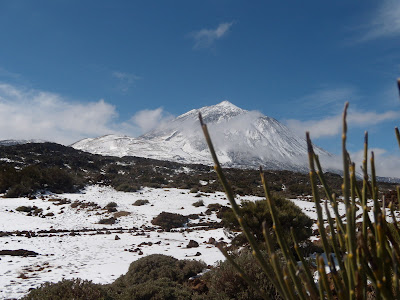 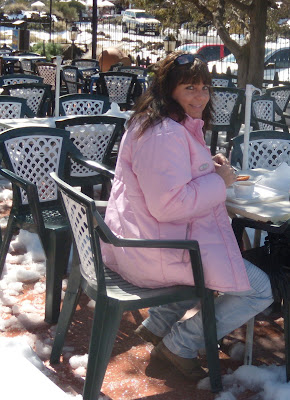 We stopped at a bar to have a snack.
It was snow on the terrace and on the tables. 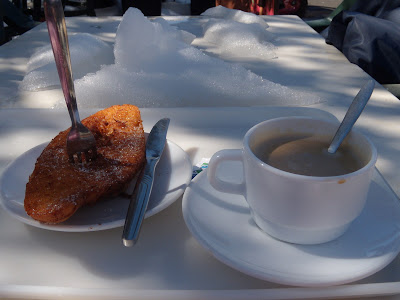 I had coffee and a specific Canarian bun that is called 'Torrija'. 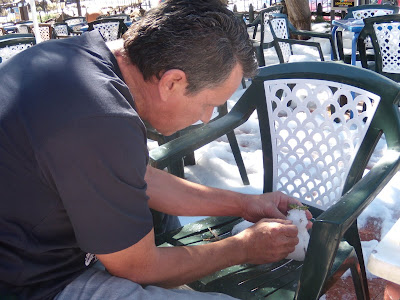 Brito made a snowman. 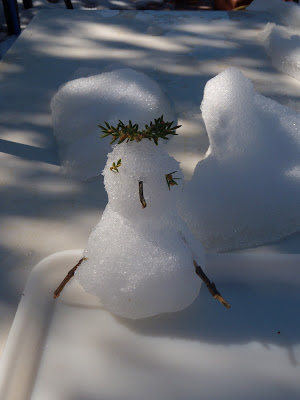 Here is the result.
I think he looks fun when he's got a thorn crown on the head.
It reminds me of Jesus Christ.
In Finland we put a hat or a cap on the snowmen. 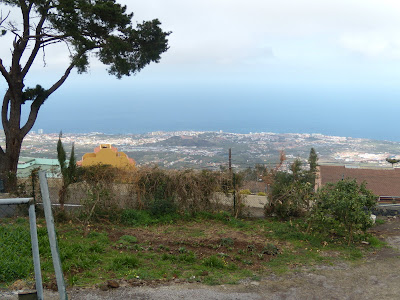 On the way down to La Orotava. 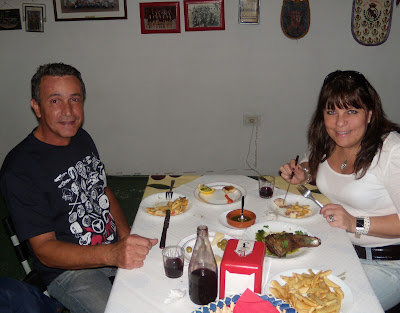 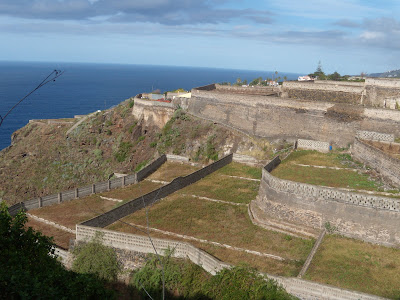 The view outside the Guachinche. 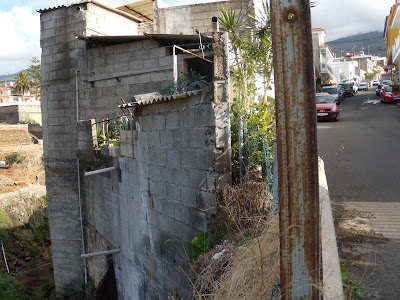 Somebody is living here on the edge of the ravine.
I think the building is leaning. Don't you think so?
The steep is at least 100 feet!!! I would be scared to just go inside the house! 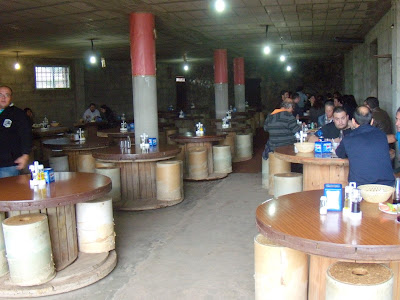 An other Guachinche at the coast of Sta Ursula.
Next time we go to the north we will go here for a meal.