Back In The Village 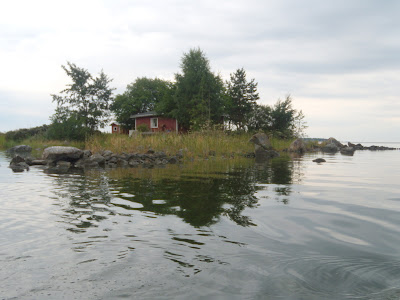 A last photo of the island.

Late tonight, 10pm, we returned to my mams house in Petalax, which is a
village situated about 40 km (25 miles) south of Vasa.
The wind slowed down and we decided to leave the island to be sure we
will not be stacked there for days.
It has been lovely to be there and I feel more relaxed than ever even when
we have been quite busy doing a lot of stuff during our stay.

It´s now quarter to two in the night and I´m still awake. I have started doing
rehearsal of one of the songs that I will sing at my son Mattias and Pias wedding
ceremony on Saturday.
The song that I try to learn is called "Annu doftar karleken", by Marie Fredriksson.
They have picked the song themselves and I´m glad they took this one
when I like it too. My son has bought a studio made backing track for it which
means it will probably sound something like when I normally sing on Tenerife.

Brito called tonight and we have made some plans about what to do when I return.
Oh, I start longing for Tenerife now even when my time here is so lovely too.
Now I´ll go to bed... Sweet Dreams! 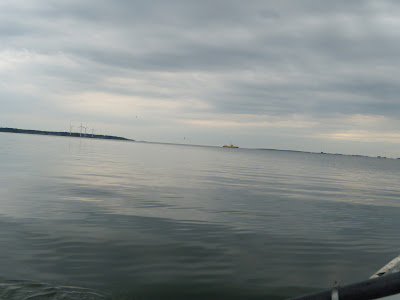 The wind was like gone when we left the island.
It really feels amazing when I think about how windy it was yesterday. 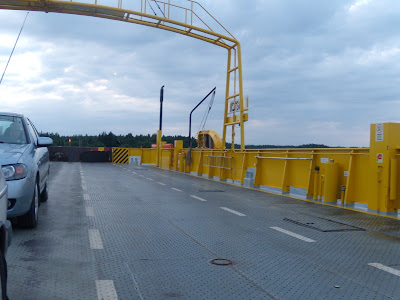 On the cable ferry that took us to the mainland.
You can also see the ferry almost in the center on the photo above.

I would love to see you sing at the wedding. What a lovely thing to do. xxxxxxbuctibu