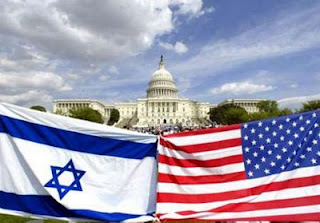 The relations between USA and Israel don't look to be as good as before and to be honest with you I don't really like the political thoughts of Obama right now.
I am a big fan of America normally but now I can't agree with him when I feel he is putting Israel in a very bad position, just to get a flirt with the Arabs.

Obama seams to be an intelligent man but the question is also if he can get a good deal with the Islamic fundamentalists, who seldom think in a rational way, but prefer to act in conviction of their faith.
Would he at all be able to make a good agreement with Iran if Israel would agree about the two-state solution?

Bill Clinton caused a big problem at Camp David year 2000 when he put pressure on Arafat in an intellectual way, and had him to confess that there has been a temple on the Temple Mount in Jerusalem, which is a fact that is founded on archaeological excavations, but that made Arafat so angry that he left the place and later started up the al Aqsa intifada where about 1200 Jewish people were murdered.
It can be very dangerous to deal with fanatic people in an intellectual way.

Why I can't agree with Obama right now is because I think he puts pressure on Israel in a bad way when he mix the question of Iran with the question of the two-state solution.
It looks like the reason is, that he only likes to get favour among the Arabs from who he must get help to get a good deal with Iran.
These two questions are two different things and it's not fair to mix them together.
I wonder if Obama, in the end, is going to bite himself in the tail, like we say in Swedish.

If Israel doesn't agree in the two-state question, which they probably not will do, USA will instead probably have to take use of the millitary solution against Iran.
Then people can start blaming Israel for that, when they didn't agree about the two-state solution.

Like it looks the blame is already arranged so that it will hit Israel and Netanyahu and I think this way of dealing is cowardly and unfair.
I just become angry when I think about it. *sigh*
Israel has already got enough of persecution and it will be very hard for them if the US also turn their back on them.

However this can also only be a trick from Obama toward the Arabs and it's going to be interesting to see the end of it.
He will for sure get a lot more feathers in his hat after this visit in Cairo, when he acts like a real bridge constructor!

Would you like to read in Swedish about the visit of Obama in Cairo?
Please, click here.
at 16:30