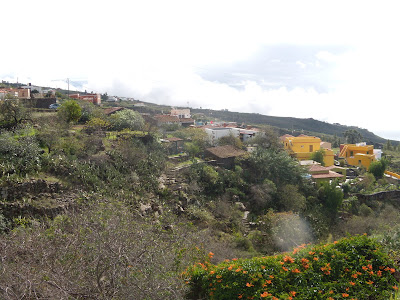 Some of the houses in the village.

Oh, what a lovely day I had yesterday!
I visited 'Vera De Erques' for the first time in my life.
It's a small village high up in the mountains on the west coast, a place
where the tourists normally don't have any reason to go.

Yesterday it was a banking holiday here on Tenerife and Brito, who had a day off, asked
me to join him for a trip up to the village to
have a meal at a Guachinche restaurant.

Guachinche means it's a small spartan restaurant where you can have
nice typical Canarian cuisine for a very good price.
These restaurants are many times located away from the tourism and if you don't
know where they are there's a big risk you will miss them out.

The service is mostly only in Spanish and the waiters reel off in a high speed what's on the menu. There's no written menus that you can look at and the prices are so humane that
nobody ever ask how much it will cost.
This is something like how Tenerife used to be many years ago when the tourism first started and the quality of the meals is nice.

In these restaurants it's normal to order many different dishes.
Every dish (one at a time) is served on one plate ,which is meant to be
shared by everybody at the table.
It's a meal in 'tapas style' which means you have a little bit of
every plate and after a few plates you become stuffed.

Brito and I had three plates but when we were only two people at the table it was a
little bit too much and we couldn't have it all.
But it was very good! We will soon go back for an other meal. 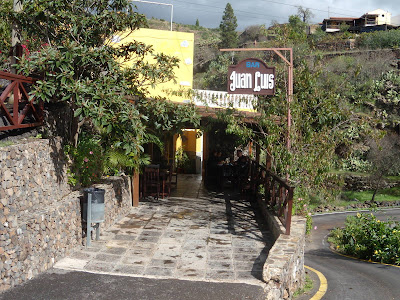 The guachinche restaurant where we had the meal.
It is quite spartan but fresh and I prefer at the moment to eat in these kind of restaurants.
The atmosphere is very relaxing... I get out of the town where I live... the air up in the mountains is very fresh and cool to breath in... the people are very friendly and welcoming...I get to taste the original Canarian cuisine...etc.
It's a nice change for me after I have had to eat out in restaurants in Los Cristianos and Las Americas every night for years. It's just exciting! 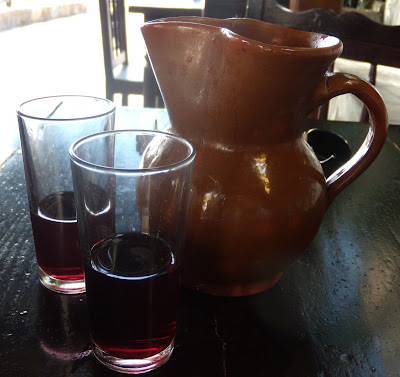 We had 'Vino cosecha propia' which means the wine was from the village.
The owner of the winery happened to be at the restaurant and we are now invited to their private home to chat and taste some wine. 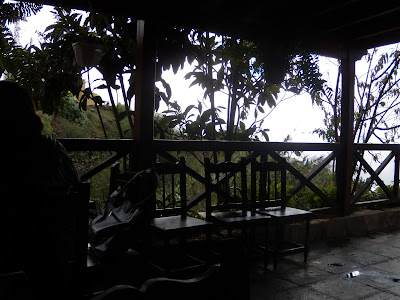 We had the meal out on the terrace. 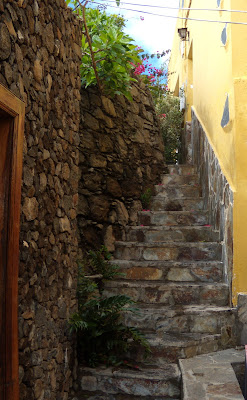 These stairs out on the terrace lead up to the street. 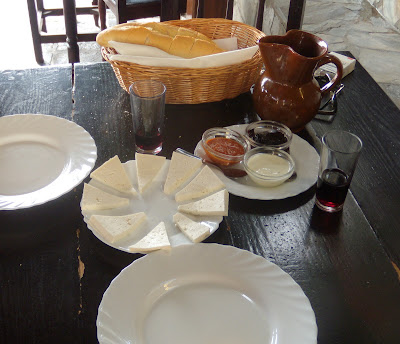 First we had some Canarian cheese with Canarian mojo sauce, aioli and
jelly of black current + bread.
Oh it was so lovely that I, if I could , would go back tomorrow to have some more! 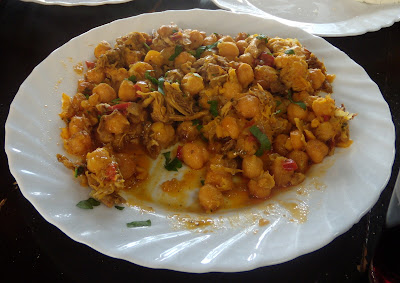 Then we had a plate of 'Ropa Vieja'. Oh so lovely it was!
Ropa Vieja means 'old clothes' in English.
It's a typical Canarian dish that many times is recommended in the old
travel guide books about the Canary Islands.
The only problem is that there are not many restaurants, in the tourism area,
where you can have it. I don't know about one single restaurant here in
Los Cristianos where they would serve it! 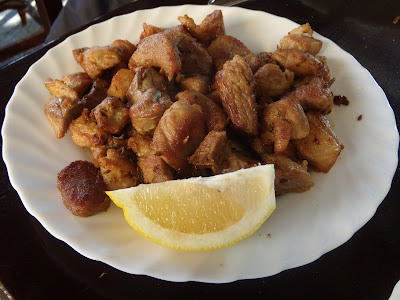 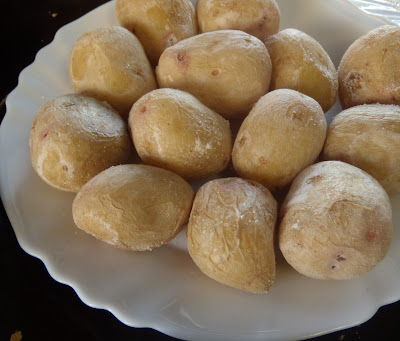 After that we had a plate of 'Carne Cochinero with papas arrugadas' and it was also nice.
Papas arrugadas are typical Canarian potatoes which have been boiled in very
salty water, so salty that they have got salt frost on the outside.
You eat them with Canarian mojo sauce. Delicious!
These potatoes had probably the best quality I've ever had on Tenerife.
The quality of the food in these kind of 'backstreet restaurants' is sometimes just amazing.
It's very high and everything is homemade by the chef. 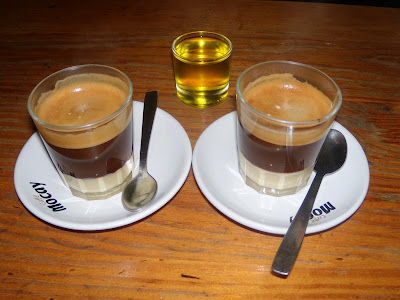 We had 'Cafe cortada condensada' as a desert + a small shot of
'Ruavieja licor de hierbas' which is good for the stomach.
Some of the Canarians take a shot of it after they have had a big meal. 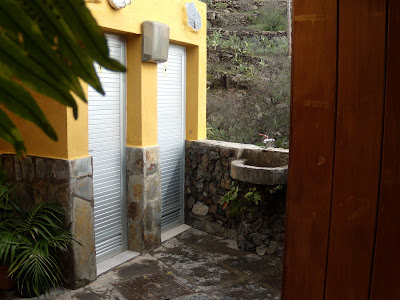 The toilets at the restaurant.
The handbasin is on the outside. 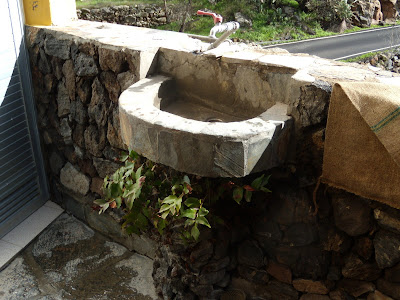 The handbasin. Isn't this different and spartan?
I just love it!!! 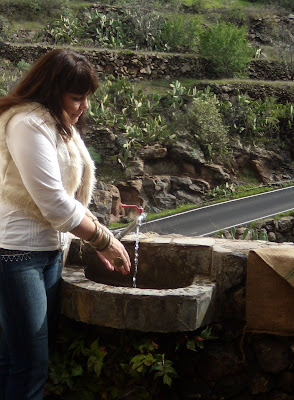 Me washing the hands.