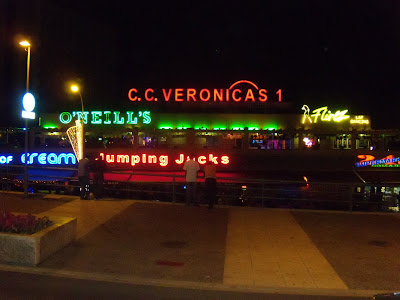 I will make a quick blog before I go to bed...I will not anyhow fall to sleep directly if I go now...

Last night after I finished work I went over to 'Veronicas' and 'The Tramps' with 3 Norwegian guys.
I took some photos and made a short video clip to show you what it's like.

Veronicas and Tramps are two popular places in Las Americas where the younger tourists go to have a night out. This night was a quiet night but specially in the summertime the area is packed with British youths.
Veronicas is in the night time the most dangerous area where to be, here in the south, and I don't recommend you to go there.
The music is not even like music. It's more like a noise and the atmosphere felt, in my point of view, both cold and unreal.

I must tell you that this kind of entertainment is not really in my style but it was interesting to go there ones and look what it's like.
I've been working in the next house from Veronicas during two winter seasons + one summer, at La Karina, but tonight it was the first time I visited Tramps which is just opposite the road from where I sang before. 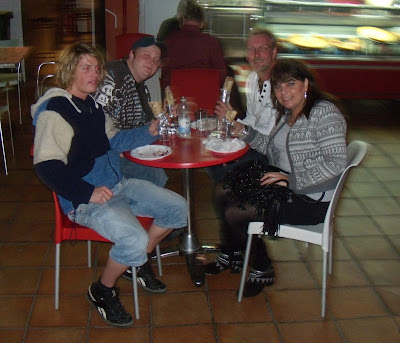 Erik, Didrik, Tomm and me. 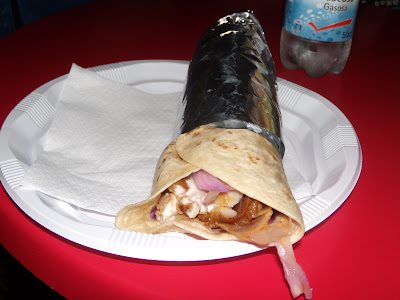 I had a chicken kebab and it was really nice.
Yes, I know it's too much calories!
Last time I had Kebab was 1994. 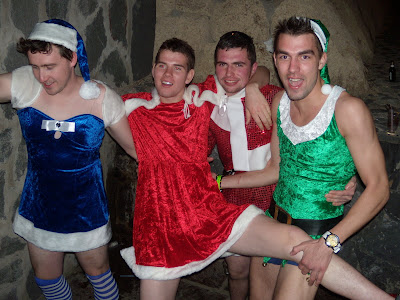 4 happy British guys outside The Veronicas. 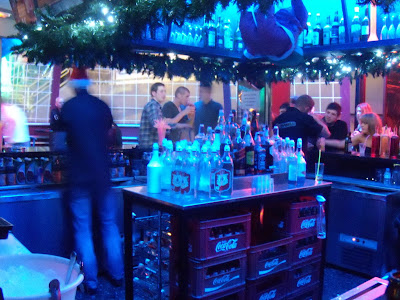 The Tramps bar.
The light effects in the restaurant made the photo look like it was taken in the daytime.

Please, click on the little arrow if you like to watch the video clip.
It's a short pole dance and some light effects from the Tramps.

Nice, you have a kebab roll too! Thought it was only in Scandinavian area. And don't worry, chicken kebab is only moderate on calories ;)