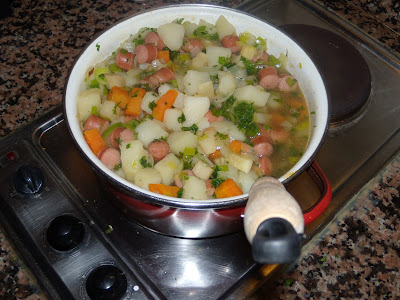 Today I made a typical "Korvsoppa" a la Scandinavia for lunch.
It included; Potato, carrot, celeriac, parsnip, broth, leek, onion, sausage and parsley.
I think it's at least 7 years since I last made one, but it could be 10 years as well.
Oh what a variety to the restaurant food we normally eat!

I made a full pot and it will last for two meals.
Tomorrow it will taste even better!
Many soups are, in my point of view, better the day after. 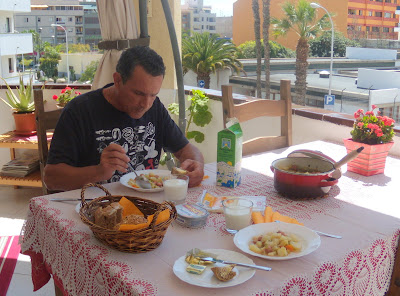 Milk is a common drink when you eat this soup.
Brito thought it tasted good, but said it's not a soup. He said it's 'un potaje'.
I think 'un potaje' = 'a stew' in English, but I'm not sure. 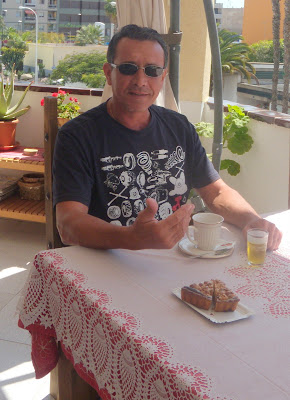 There is no word for 'suecorio' but it means something similar to
an overflow (too much) of 'Swedishness'.
Sometimes when our cultures or ways of thinking are different, and
I explain how I look at it, he dejectedly says "!Que Suecorio!"
But we are both interested in learning more of the other parts culture and like to
receive a 'mix of the best' from both of them.