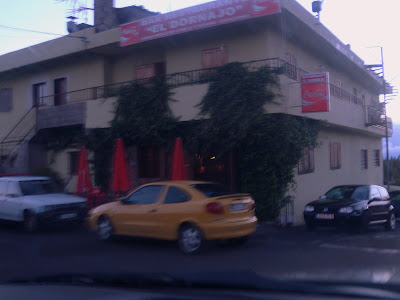 Last night I took some photos during our trip up to La Escalona.
It was very cold up there and I wished I would have brought the gloves.
We could see the snow on the mountains a little bit further up but we didn't go there.
We also met a few cars with snowmen at the front shield but I missed out to get a photo when they always were revealed in the last second and my camera was turned off. 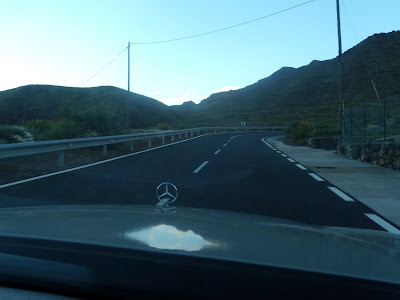 On the way up.
Some roads are in a very good condition while others are like scrub boards. 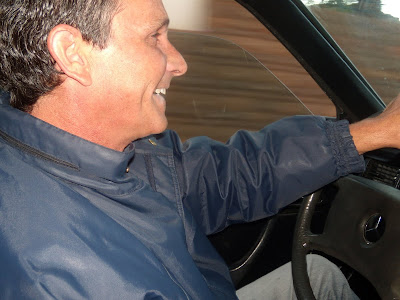 Brito was driving while Jesus and me were busy taking photos like
two tourists who are on the island for the first time. 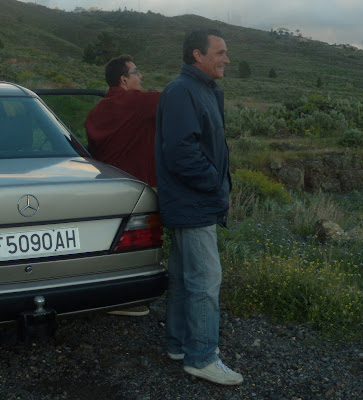 We had a few stops just to take some more photos. 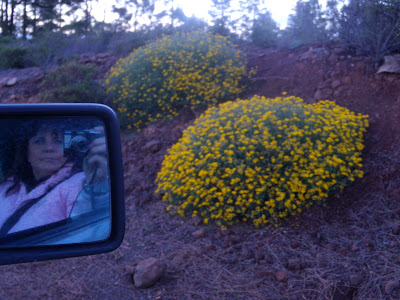 These beautiful flowers are blooming now. 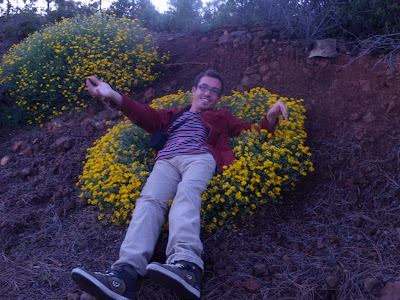 We stopped again to take some nice photos of them and Jesus took the
opportunity to throw himself straight into the flower bed. 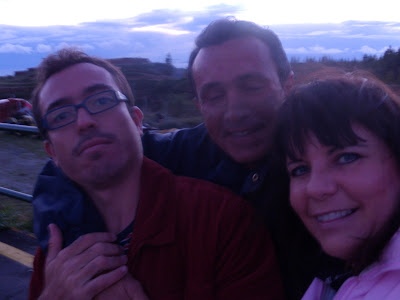 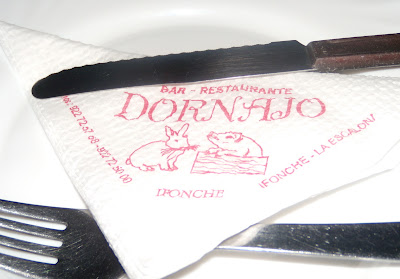 The restaurant is actually in Ifonce, a suburb to La Escalona. 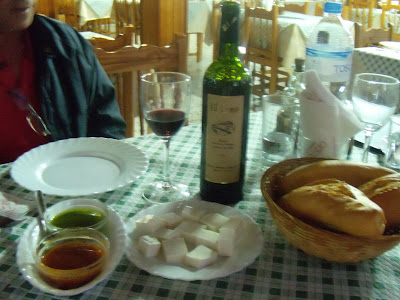 First pan con mojo, queso blanco and a bottle of 'El Lomo'.
All the food was nice. 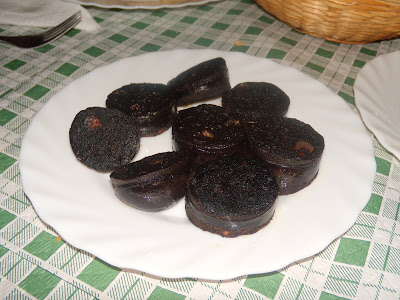 My favorite 'Morcilla'. This one had almond pieces inside. 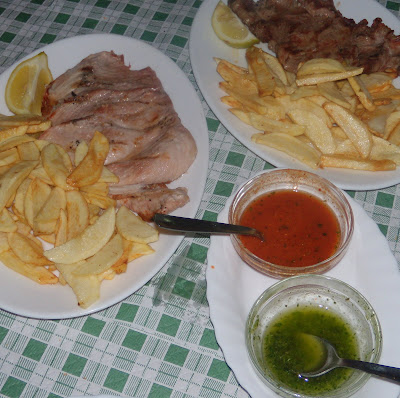 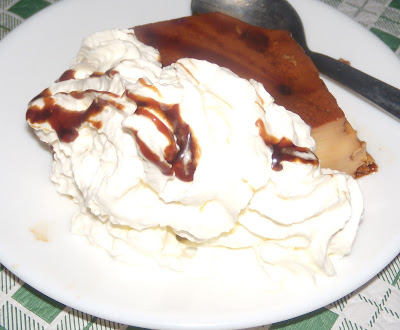 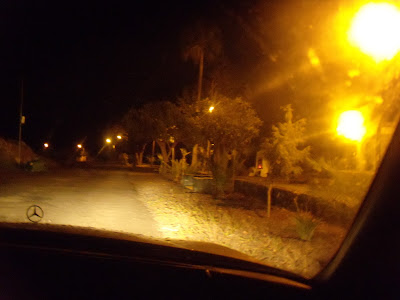 On the way down to Los Cristianos. 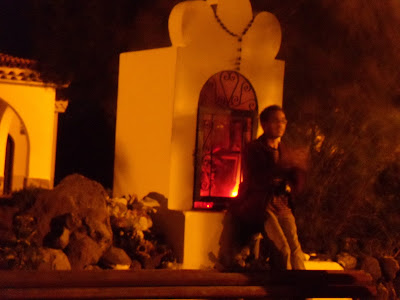 Jesus in a monument park.

What is Morcilla ? It looks like our Black Pudding. Looks like a lovely place. The weather is still a bit unsettled for you.We have some friends in Tenerife this week .Sue And Steve they are Line dancers and know Nancy .xx

Yes, I think it's something similar to the 'black pudding' in England?
But I have never had your pudding so I don't know if the taste is similar.
I will probably meet your friends on Thursday night at Lewinskis.
Xo