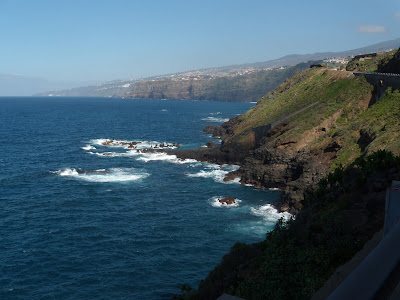 Last weekend I went with Brito up to the north of the island.
We went on Friday and returned in the Saturday afternoon and stayed in
a hotel in Puerto De La Cruz in the night. 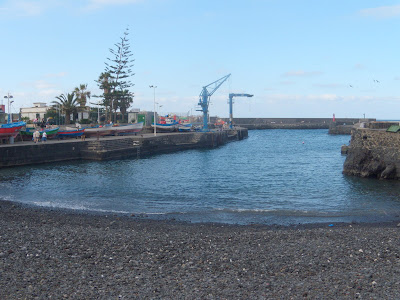 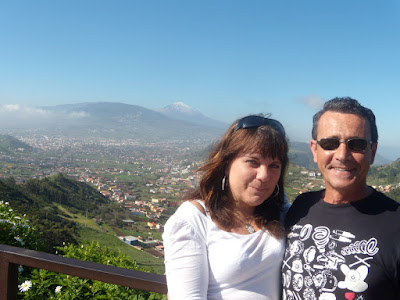 Me and Brito in the Mercedes Mountains. 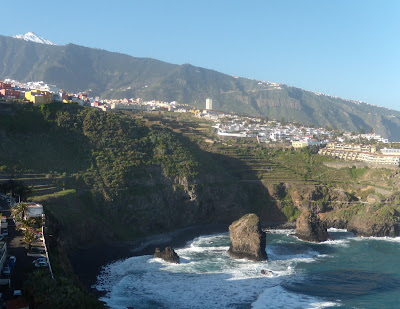 The view at our balcony at the hotel in Puerto De La Cruz.
Teide has got a lot of snow on the north side of the mountain. 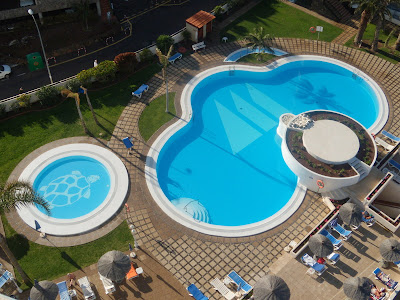 The pools. We were at the 8th floor. 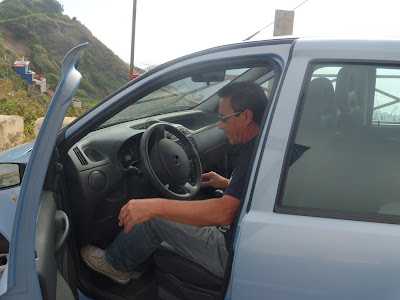 Brito in the car.
We didn't spend much time at the hotel.
We just checked in and then we went for a Guachinche tour up in the mountain villages.
We both like to go to Guachinches and try out the food they serve.
It's at the moment like a hobby for us. 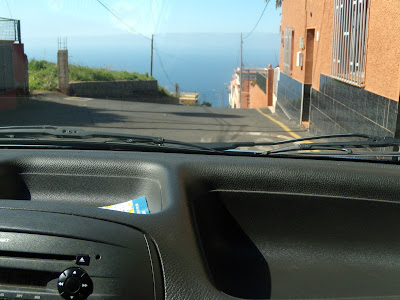 Many streets fall steeply in the north of the island. 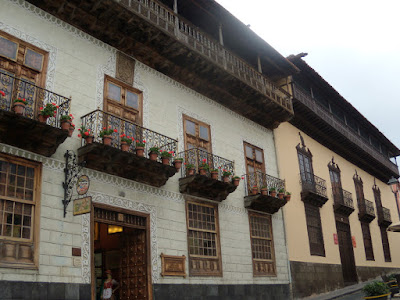 This is in La Orotava.
This town has got a lot of the beautiful Canarian balconies. 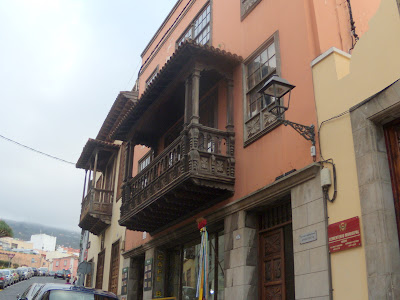 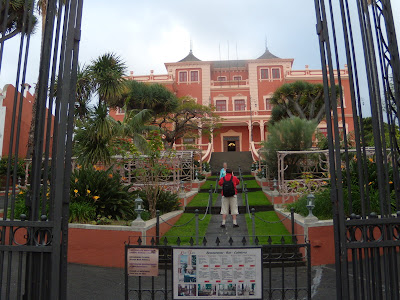 The beautiful 'Liceo' of La Orotava. 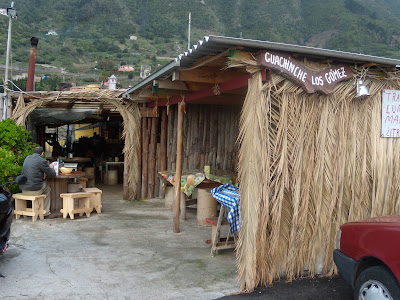 We visited a few different Guachinche restaurants.
This one is very special. 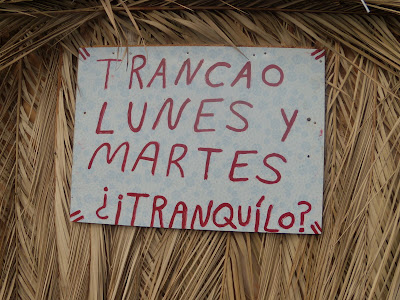 This sign is a little bit funny.
It is said in pure Canarian and in a quite ill-mannered way.
In English it would be something like;
'Relax from you Mondays and Tuesdays, Take it easy!?' 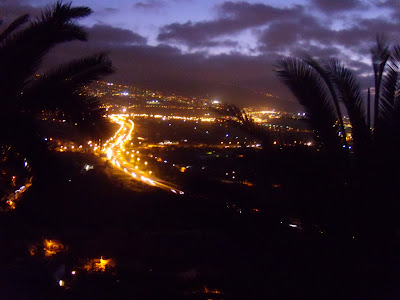 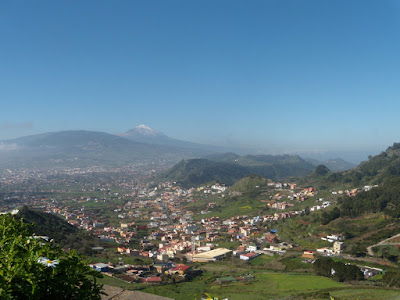 The view from a mirrador in the Mercedes Mountains. 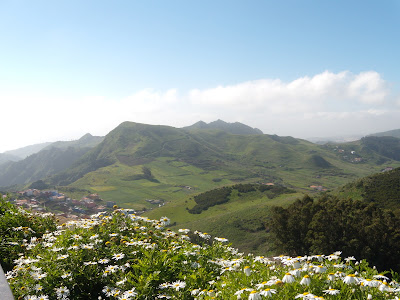 Also in the Mercedes Mountains. 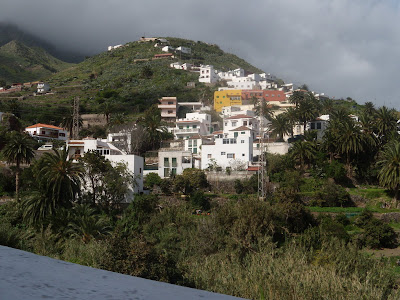 We went down to a village called Taganana, on the north side of
the Mercedes mountains. 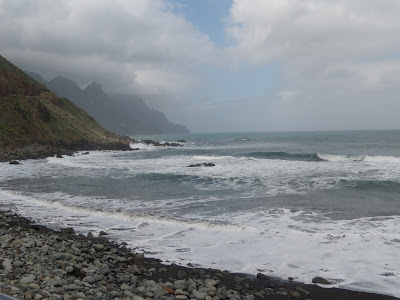 Here the weather was very cloudy. 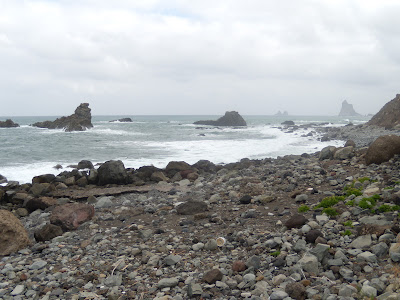 We only had a short walk and took some photos. 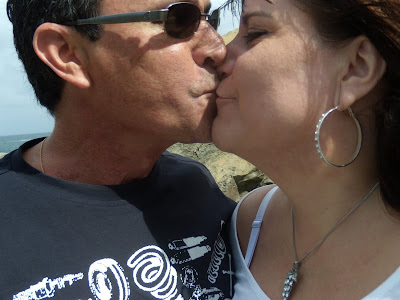 A Taganana kiss. We both laughed like crazy when we watched this photo.
We look like two fishes! Don't you think so? 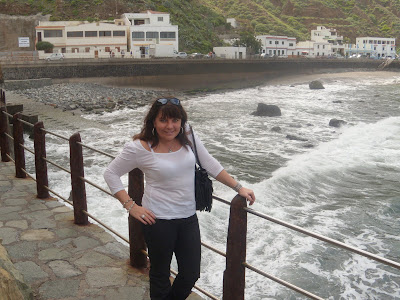 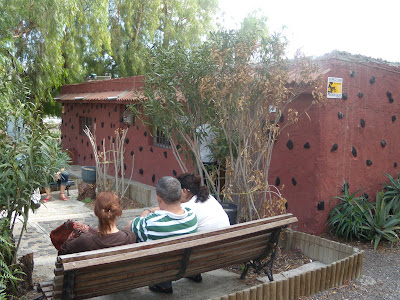 On the way down to the south we visited this Guachinche in Guimar.
Looks like a normal house... 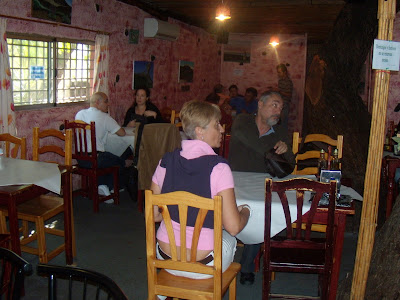 Inside the restaurant.
First it was not many guests but 10 minutes later the place was packed with
Canarians and there were people waiting outside too.
It's a popular restaurant and the food is very good. 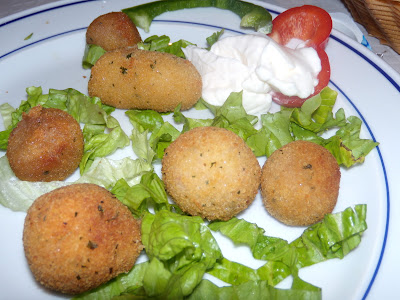 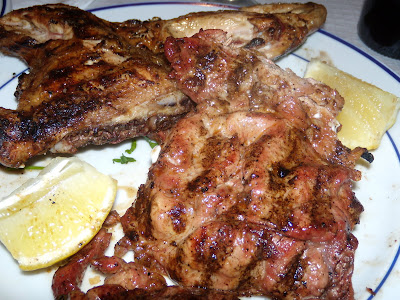 Oh how I enjoyed your tour of the island. Such a lovely Blog.Thank you.
Hope your mouth gets better soon it must be so uncomfortable.

It´s good to see all the nice pictures ant you looking so happy!