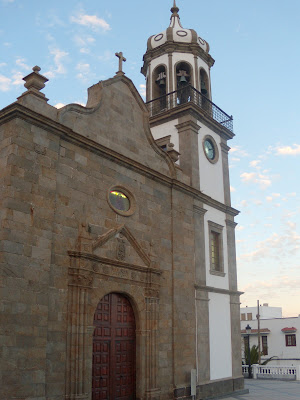 The church in Granadilla.
I have changed my schedule now and will be off both Mondays and Fridays.
They are the most quiet nights of the week and I have decided to
just be home + spend some time with Brito.

Yesterday in the afternoon I went out to buy more silk stockings.
Like many times before they had run out of them and it looked like I wouldn't get any.
Instead I bought 3 new bras and a pair of shoes on the way back home.

Then Brito called me and said he thinks it's too windy to have the dinner on the balcony, as we had planned, and he invited me to go out for a meal instead.
He picked me up in the town and we went home to get the jackets to
head for the mountains. 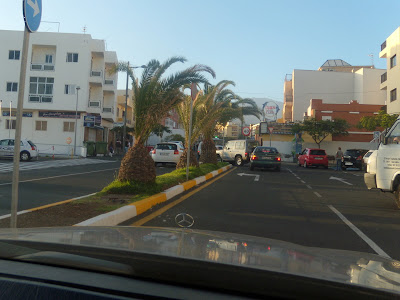 First we stopped in San Isidro to check out a shop that sell silk stockings.
I bought 8 pair, all the ones that were in the style I use.

Then we went up to Granadilla...
Here we stopped for a while to have a walk.
He,he! Brito is more and more acting like a tourist!
He never used to go out for trips like this before. 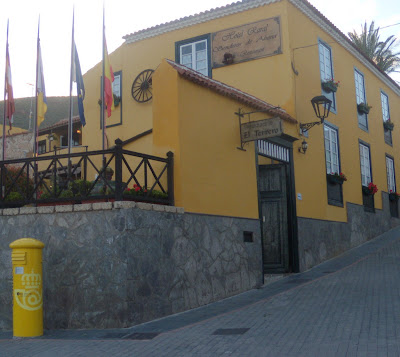 There is a hotel in Granadilla! 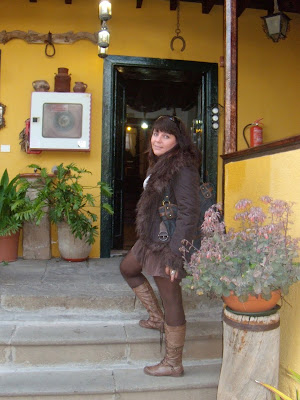 We decided to sneak in and see what it's like. 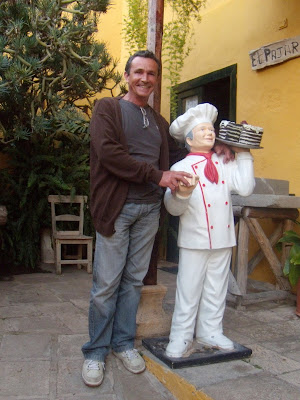 Brito and the chef. 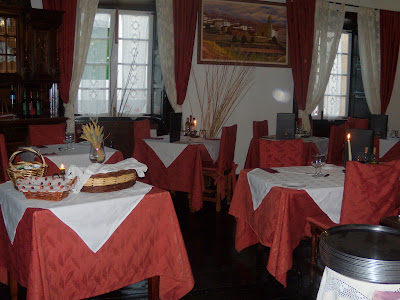 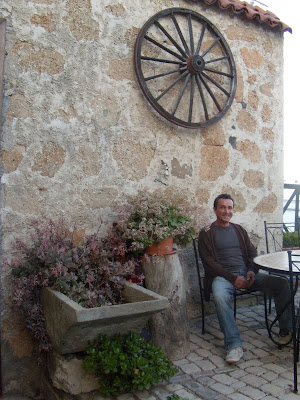 In the yard.
We will probably go back here some day.
It's a very nice romantic hotel. 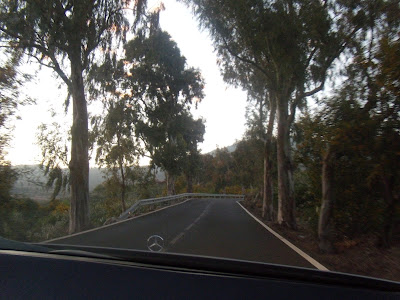 Then we continued the travel up to a special restaurant in the mountains just
to find out it is closed on Mondays.
We decided to go down to Valle San Lorenzo instead and have a meal at restaurant Paraiso.
I think it's about 4 years since I last had a meal in this restaurant
which is quite popular.
The chicken I had was lovely and so was the house wine which was from the island. 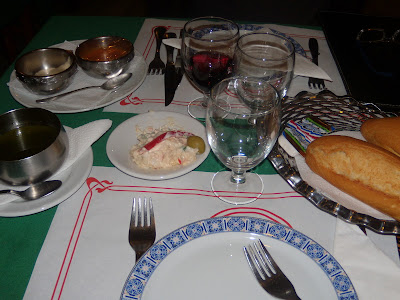 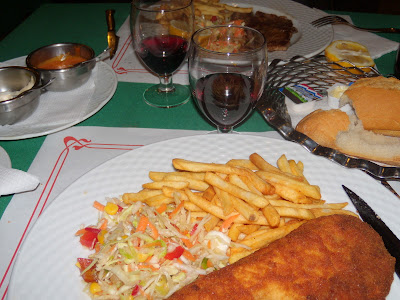 Looking like that you are having the time of your life. We went up to Granadilla last year and saw that beautiful little hotel. It was as you said really romantic. Looking forward to see you soon.