Oh what a year it has been! I went back to read and remember all what
happened and now I have made an overview.
It's good to blog because then you can go back and see
what happened during the year.
I have never brought a year to an end in this way before, having a clear overview about everything that happened.
January
The year started with a catastrophe.
The tiles on the wall in the bathroom suddenly started coming down.
I was scared that the whole wall would collapse and
prayed to God when I went to bed that
we would wake up alive in the mornings.
He answered my prayers and we are still alive! 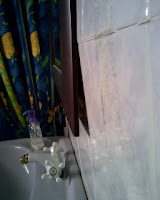 February
I got a nice surprise and a prayer answer again when my drivers license and health insurance card suddenly arrived in the mailbox.
The cards were stolen in January when we went
on a shopping tour to Sta Cruz.
I prayed that the thief would have a guilty conscience, and
send the cards back to me, and that's what happened. 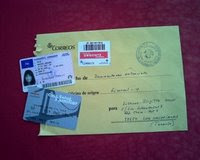 March
The police came to Lewinski and took our signs and it cost
150 Euros to get them back.
We released a new CD. 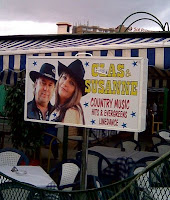 April
We went to El Hierro for an absolutely needed vacation. 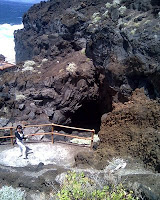 May
We visited the neighbor island La Gomera with
our friends Mick and Frances from England. 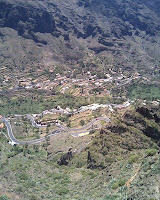 June
I was terribly burned one day on the beach and couldn't almost
wear any clothes.

July
I became ill and the doctors thought I had Chronic Bronchitis.
I had to inhale a powder twice a day but it didn't help.
After a lot of treatments I got to know it was only a reflux illness. 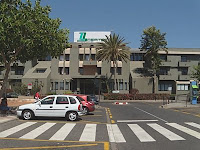 August
My son Mattias and his girlfriend Pia visited us. 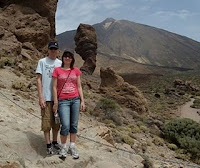 September
Not much happened. I was only shopping and eating nice meals. 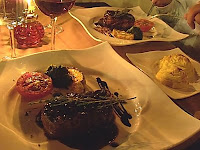 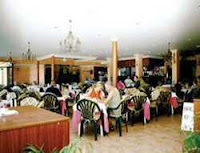 November
We decided to move to Oasis mango and Theo, the owner of Lewinski, decided to start renovating the restaurant and told us to come back when it's ready. 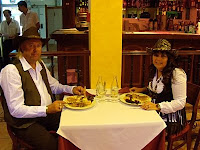 December
A really dark month.
Our marriage went through the worse trial ever but we survived and
came out alive but with aching souls.
In the same time many of our friends died one after an other and I got
chock after chock til I just felt i can't take anymore.
First Ray died, then Alf died, then Christers wife and child died, and then John got heart fibrillation and ended up in the intensive care here on Tenerife.
A positive thing though was that my sister Carola and Calle came to visit. They are still here.
We also released our new CD this month. 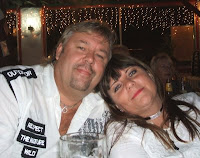 When I look at the key it has been some bad things happening during the year, but it's easy to just remember the nice things and that's what I will do.
I think 2008 was a nice year anyhow and I think I have got a lot of new experiences that I maybe will have need for in the future.
I see the life like a school or a travel that is planned by a higher power, God.
There is a reason with all that happens and if you try to make an influence yourself, buy walking your own way, it will just mess everything up.
The best thing is to just relax and live your life and try to do your best + be nice and generous to people around you, and then God can lead you in peace and victory and he gives you advantage in all circumstances you face.

God is good and he ask us all about our hearts desires.
Everybody have got heart desires, but many people choose to bury them and they never let them become real.
Be brave! Do you know your hearts desires?
Reveal them to God and he will make them come through in the right time.
It starts with you!
Would it be the will of God that you will miss out your dreams and live a boring life?
No! God is for you and not against you!

This will be my motto for 2009.
I will think about my hearts desires and lift them up before God.
Happy New Year to you all!
Love and XXXooo
Susanne
at 16:54

HI .. It's just me ... Nice conclusion of a very different year ... I say we don't shift in a gear .... just leave the gear shaft in position free ... and roll with the flow for a while. Happy new year darling!