The Grand Prix in Monaco 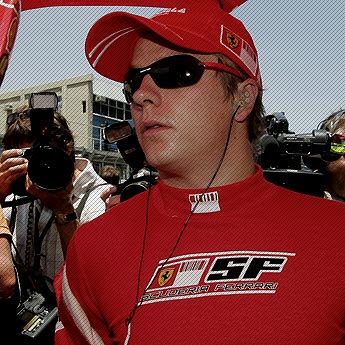 We have been watching Grand Prix today.
Kimi Räikkönen ended number three after Barrichello and Button, who won the game.

It's the first time this year Kimi is on the podium and the Grand Prix is not what it used to be anymore since Brawn-Mercedes entered the game.
It was much more interesting before when Kimi, the most of the races, was among the three best.

If Kimi finish participating in Grand Prix I will also finish watching it.
He is my Grand Prix hero and will always be.
He is a very good driver if he just get to drive a car that is strong and fast enough.
Ferrari had good cars before but now the Brawn-Mercedes cars are better.
at 15:16