Oh, I'm so frustrated!
Something is wrong with the internet and I can't upload any photos right now.
I decided to write the text and if you don't see any pictures they will be uploaded as soon as it works again. Right now it takes an eternity to upload one single photo and when I have been waiting for a long while I get a message saying my publishing has failed.

Yes! I know it looks like we are only eating, shopping and playing on this island!
To be honest, that's our life right now!
We are in a period again when nobody of us have got the go to refill the refrigerator and we have to go out for every meal which takes a lot out of our spare time every day.

We wake up, I put on the make-up, we go out for lunch, we get back home and have a nap, we start preparing for the night and go to work. It's a very boring life!
But there's a good thing with it as well and that is when we get out on town every day.
When we have got something to eat in the refrigerator we stay in the whole day, in the front of the computers, and some days we don't even get to see the sun.
Then we are living like cellar rats.

This is a short photo update of what we did yesterday. 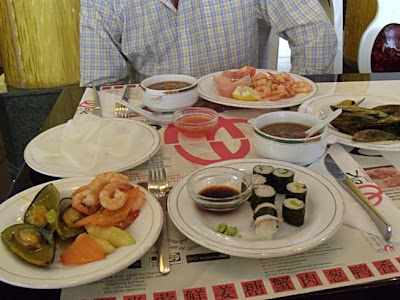 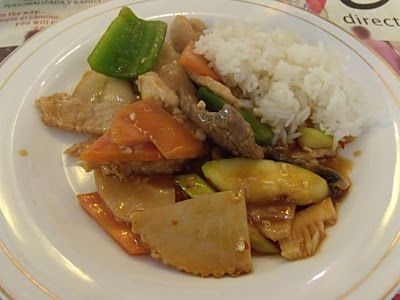 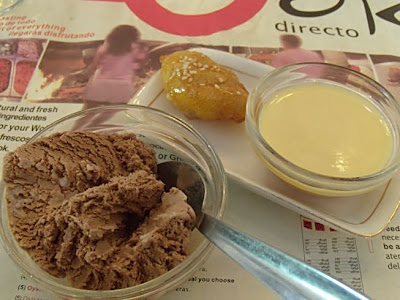 First we went for a breakfast/lunch to the Asian Wok restaurant and then we were strolling around in the town. I think we had a walk of about three kilometers which is not bad.
The most of the shops were closed when it was Sunday, but we found a couple of jewelery shops that were open and Clas bought a new watch that I didn't really like.

Sometimes our tastes are very far apart but we have an agreement that we both can buy whatever we like and the other one just have to respect it and live with the "product".
Clas is not so pity but for me it sometimes really feels like a trial when he starts using something I don't like.
Then I try to survive by acting like "the thing" is not there. I try to not look at it and hope nobody else can see it either. To be honest, it's not easy.

I know the most of the people would say this watch looks nice but I have got a specific taste and when it doesn't fit it doesn't fit.

I'm sorry, but I don't like to show the watch he bought here on the blog even when I know you maybe would like to see it.
It's not too bad and it has got a brown bracelet, but he is going to buy a black one, as soon as he can find one, and maybe I like to show you that one instead.
at 17:26