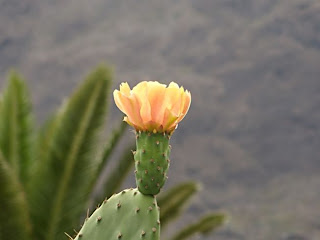 People are wondering why we don't play only five nights a week.
Here is the answer:
Yes, it would be nice to have two days off every week and we would be less tired. But a normal work-week here in Spain is six days and the most of the restaurants like to have musicians who play at least six nights.
Some even expect the musicians to be there seven nights a week!
We tried that ones but said never again. It's not biblical, which means you step outside the blessing when you do it, and in the end it brings you into a state of ill-health.
You need to rest one day a week!

It's neither easy to find somebody who like to be "stand in's" only for one or two nights a week, and the restaurant loose a lot of money every night they don't have music.
As soon as they can find a band who is willing to play 6-7 nights a week, there's a risk they will give them the job instead.
The "imitating artists" (Elvis, Tina Turner, Abba etc.) can if they like, work a five-day-week here on the island. But instead they give an one hour show in 2-3 different restaurants in the same night, which might be quite stressful.

We are interested in working less if it just would be possible.
3-5 nights a week would be alright for us! Then we would get more time to do other things. We'll see!

I have a desire in my heart that I never get time to do, and nobody would be happier than me if I just would be able to start moving in that direction.
It's fun to play but it's not the most important thing. Sometimes I feel it's only a lovely thing that I do, while I wait for something else to start happening.

I will always sing, but I'm not sure if the singing will be the main work for the rest of my life.
I like it very much but look forward to be able to travel more.
I am interested in the African infrastructure and how it could be developed and if I could change the life for some of the people who live in poverty it probably would give me some kind of satisfaction.
Oh, there are so many things or burdens in my heart, but I can't even name them when they are too high goals to achieve.
Who am I? I can't do much impact on this world!
Sometimes I just don't know what to do with my dreams and my heart is aching.
Do you also get these kind of feelings sometimes?
at 00:51