Guess what I've been doing today! I have climbed the Mount Guasa!
It's the mountain that is down at the sea in the further end of Los Cristianos.
It was quite tough, but I made it!
I am very satisfied with this day so far! 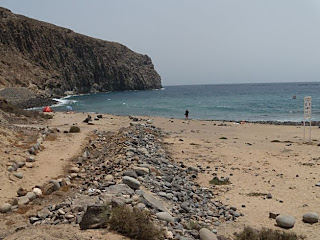 The last beach before I started climbing the mountain. 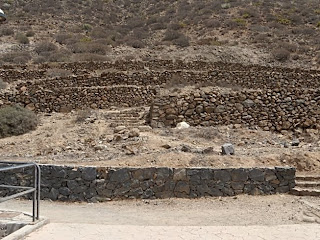 The beginning of the path was easy with steps and everything! 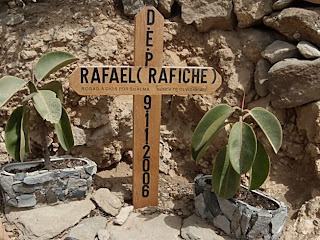 After a while there was a cross as a remembrance of a man who died on the way up. 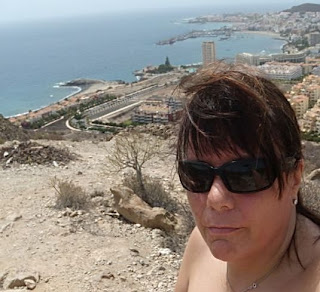 After some thinking I decided to continue when I didn't feel like I'm going to die too.
Oh, I look naked but I wasn't! I just took of the top and took down the suspenders of the bra.
It was really hot to climb the mountain! 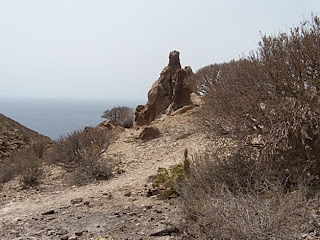 Almost at the peak! 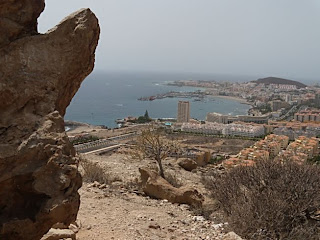 The view at the peak is awesome! 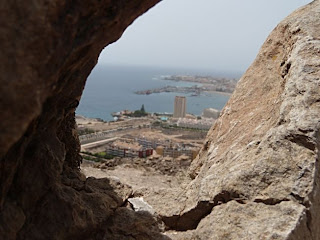 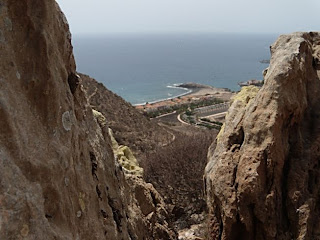 I rested for a while and then I started to walk down again. 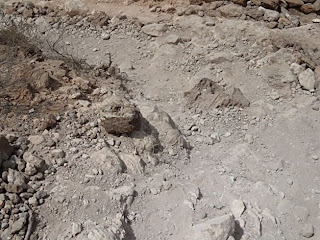 To walk down is more dangerous than to walk up.
You have to look carefully where to step all the time. 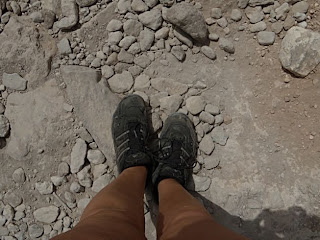 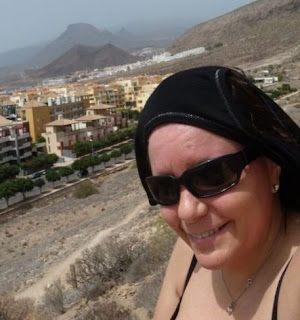 I felt the brain almost started boiling and had to put the top over the head.
Maybe somebody who saw me thought it was a nun?
Oh, how awful I look on this photo! No makeup...!
I decided to buy a hat as soon as possible. 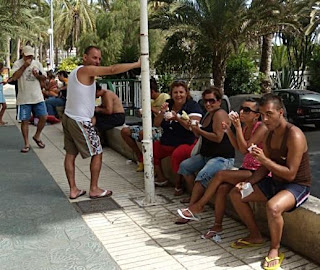 Back on the beach walk
everybody were sitting in the shade eating ice cream.
What an unhealthy life style! 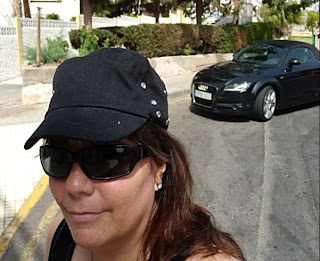