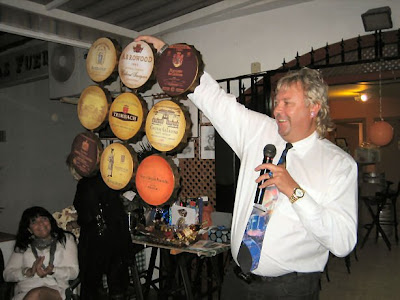 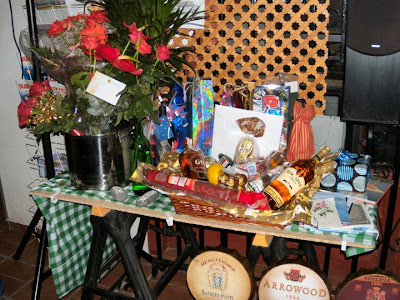 Today I have been working by writing the information that will be published on the new website that I am making for the apartment business.

I am already getting mails and calls from people who are interesting in letting the apartments and I am so excited.
I would be very lucky if I could rent out 5 apartments for long term and keep the rest available for short term rentals.

Today many tourists look for cheap flight tickets on the internet and I am so happy to be able to offer them accommodation to a nice price in a real good location.
All apartments are close to the sea which means there's no necessary walking uphills which can be quite tough.
People who are able to get to Tenerife by low budget airlines like Ryanair and Easyjet etc can now save a lot of money buy arranging the travel themselves! 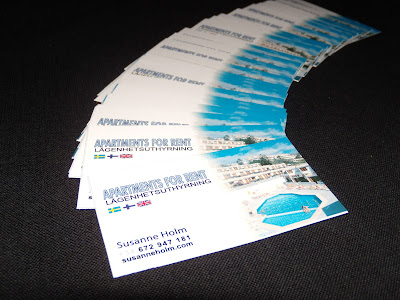 I was so happy and thought Tenerife is the best place to be; Sun, sun and sun...
But suddenly the sky was covered with clouds and now the sun is gone again. *sigh*
We also have like a 'winter' on Tenerife even when we are lucky to have one of the best weather in the world.

Today I have started contacting some of the private tour operators in Scandinavia giving them information about the apartments.
I don't think it will give any hits anymore this season but it's important to spread the word everywhere when you like to start building up a clientele.
The Scandinavian tourist season here on Tenerife is going to an end already after Easter and then it's mostly Britain, German, Dutch and Spanish tourists here in the summertime.

It's really a shame the Scandinavians never get to visit Tenerife in summertime when the weather here is just perfect.
From May-September we have a temperature of 25-30 degrees and the sky is blue every day.
It's seldom the temperature goes over 30 degrees when we get a smooth calm breeze from the Atlantic ocean.

I wish everyone would get the possibility, at least ones in a lifetime, to visit Tenerife during a summer.
Many go to the mainland of Spain, Greece and Turkey where the temperature can reach up to over 40 degrees and they have to stay inside the hotel during daytime to not become burned by the sun.
Here in Los Cristianos - Las Americas we never get that problem even when it can be very hot up in the mountains.