I´m on the diet again, I gained too much while we were in Finland.
I always do when I like to taste everything that I can´t have on Tenerife.
This was my meal last night before I went to work. 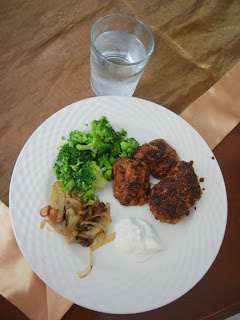 The white sauce that looks like whipping cream is fresh cheese with 0% fat.
I eat it almost every day when it fits to the most of plates and you add flavour to it by mixing in a little bit of  herbs, garlic, curry or other spices, etc. Easy to make and tastes good!
at 02:04 No comments:

On my night off (Wednesday) we made smoked herring. 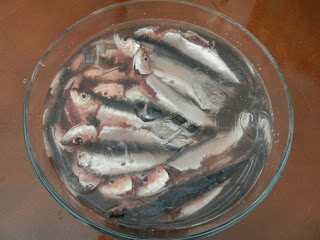 First they must be soaked in a salty marinade for about an hour. 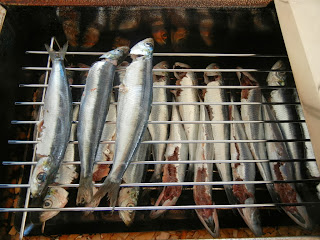 In the oven. We can make 34 herrings on the same time. 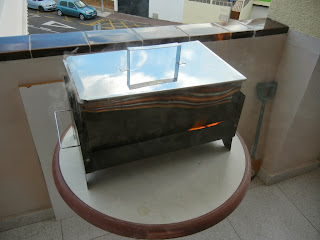 Big fire in under, 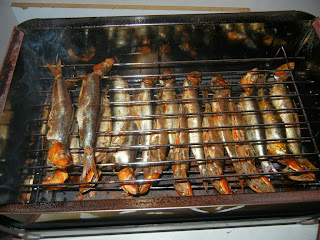 Oh, I´m sorry I´ve got the back of a man in this video clip.
But you can check out who is here line dancing as normal. 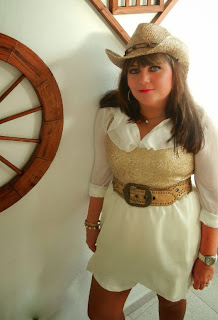 I continue buying a lot of clothes and jeweleries
when combining outfits is like a hobby for me. I love it!
Brito took this photo of me one night before I went to work.
He thought I was dressed like an angel. What do you think?
at 01:40 1 comment: 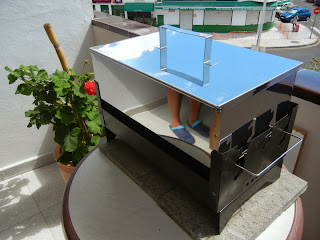 My new smoke oven.
He,he, Britos feet showed up in the oven! HE,HE!!!
It´s so shiny that it turned out be a mirror and I didn´t see it while I took the photo.
Looks stupid! He,he!

Oh, Tonight I will probably smell like a smoked sardine at Lewinskis.
The problem is that I had washed my hair before and now it´s impregnated with the smoke smell and I´m not gonna wash it again.

I bought a smoke oven while we were in Finland and brought it to Tenerife + a few bags of the special coarsely sawdust that you put in it too.
It was Daniels idea that I must buy a smoke oven after one of the fishermen here in Los Cristianos had asked him to bring smoked salmon on his return to the island.
So sad Daniel moved to heaven and could not be here today when we took it in use for the first time.

Anyhow, we made salmon and it turned out to be so delicious! Just perfect!!!
Next project will be smoked sardines. We can smoke 30-40 at one time in two different layers inside the oven and we will do that and then give some sardines to Britos family so that they can try it out. If it´s nice weather we will make them the coming weekend.
Oh, such a good idea to bring this oven to the island. Now we can surprise and bless our Canarian friends who normally don´t have this kind of fish. I hope they will like the taste. 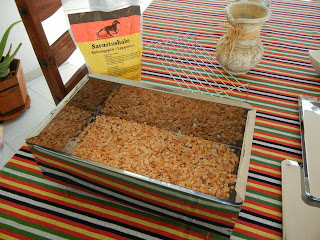 First you must put the sawdust in the bottom of the oven. 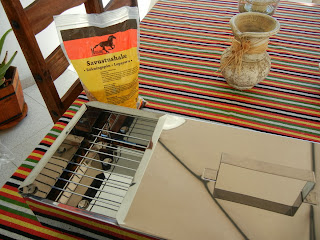 Then you put the steel plate over the sawdust and then the grid.
We only used one grid today when we only made two fillets of salmon, but
the oven has got two grids. 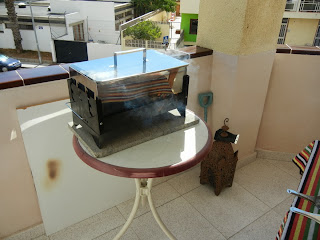 The heat is coming from two oil rechauds in under the oven.
Can you see the smoke coming out from it?
It´s a very strong smell. I just wonder what the neighbours were thinking?
But we enjoyed it anyhow. Imagine it worked like it should!!! 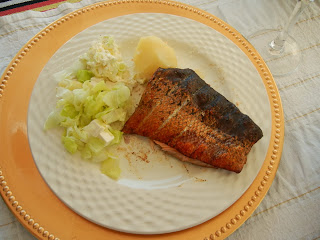 Like you can see it got the right beautiful color, but I wish you even
could feel the smell and of course have a taste too.

Last night when it was my night off we had a fondue on the balcony. 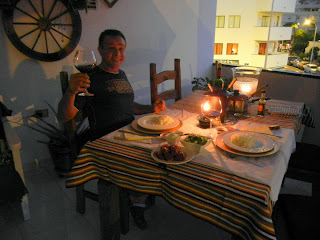 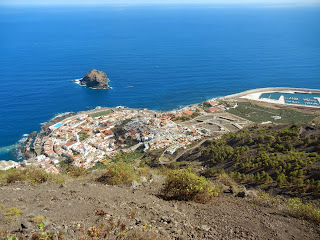 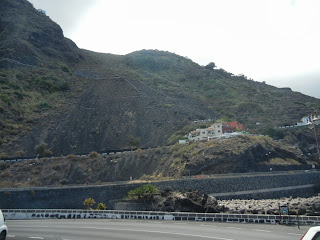 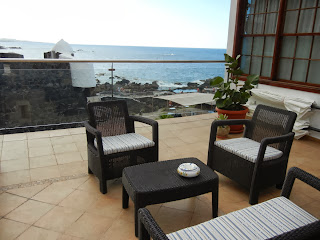 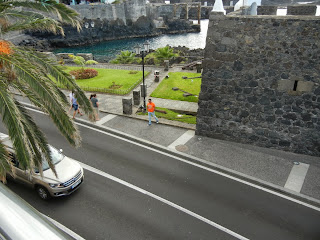 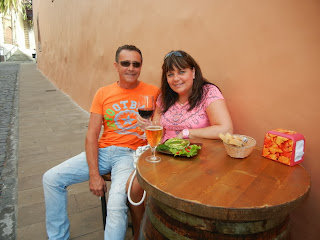 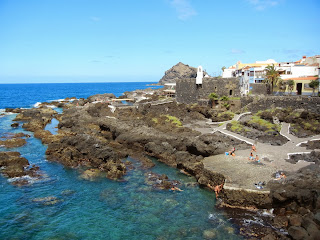 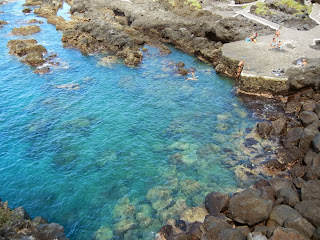 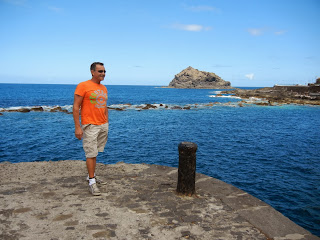 Oh this is getting very long now and it´s in the middle of the night..I better stop! Sweet dreams!
at 04:27 1 comment:

We were about 12-14 line dancers last night and more are on
the way in before the weekend.
So nice to get to see you all. Can´t almost wait till
tomorrow when I will be on again.